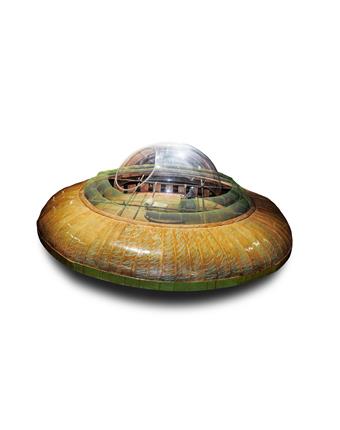 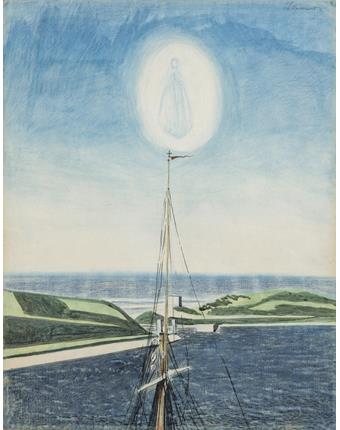 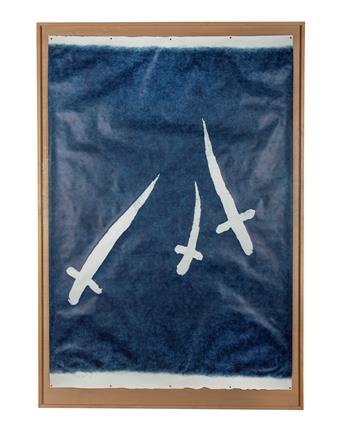 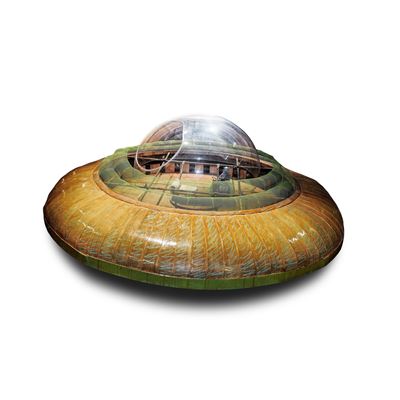 The Antwerp visionary artist Panamarenko (1940-2019) built the first Bing in 1997 as a floating sculpture of balsa wood and plexiglass, equipped with a motor with a magnetic drive. His interest in flying saucers and their propulsion mechanisms has been growing since the 1960s. He explores the various possibilities of using the existing magnetic fields in space as “cosmic highways” on which his flying saucers can float between the planets. For this space project, which he continues to expand and improve since the 1970s, he comes up with the comprehensive title “Journey to the Stars”. Influenced by ufology and numerous science fiction films, he designs the “Adamski Saucer” and the “Flying Cigar called Flying Tiger”, among others. In 1997, his fascination for the cosmos resulted in the ultimate project “Ferro Lusto”, which he describes as “a spaceship eight hundred meters long and capable of carrying four thousand men”. Panamarenko describes the "Ferro Lusto" as the aircraft carrier that has various transporters on board, which he calls the "Bings". His flying saucer “Bing of the Ferro Lusto” must therefore be seen as part of a much larger whole, able to move between the planets and the spaceship carrier. The engines he uses for the flying saucer are called “Bings”. “Those were engines with a carburetor that happened to be called like that, Bing was written on it, and hence the name”. On the occasion of Panamarenko's sixtieth birthday, a stamp is issued in February 2000 on which an image of the Bing of the Ferro Lusto can be seen. In 2004, in collaboration with his gallery “Antwerpse Luchtschipbouw”, Panamarenko has a bronze version produced on 7 copies, one will be installed in 2020 on “Panamarenkoplein” in Antwerp’s “Nieuw Zuid”. 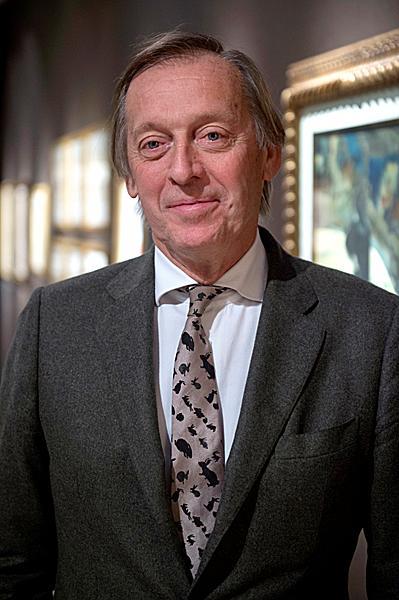 There are hardly any demarcated styles or movements in contemporary art. This mixing of genres has meant that the familiar ‘-isms’ of the last century are no longer sufficient. The transition from modern to contemporary art has produced an artistic landscape characterised by overlaps and revivals. As a gallery owner, Jos Jamar has always collected work by transition artists such as Léon Spilliaert, James Ensor, Marcel Broodthaers and Pierre Alechinsky. But Panamarenko, Jan Fabre and Jef Geys have each influenced the development of contemporary art in their own way. In a way, they belong to both eras too. Panamarenko and Alechinsky are ‘classics’ of contemporary art, while Spilliaert and Ensor are the early forerunners. In my choice of artists I have always paid attention to the combination of quality and intelligence. An artist must not only produce aesthetic beauty, but must also have a strong content. Only by consistently adhering to this vision you can maintain the high quality of a collection. And by bridging the gap between modern and contemporary art, this collection can appeal to a wide audience.