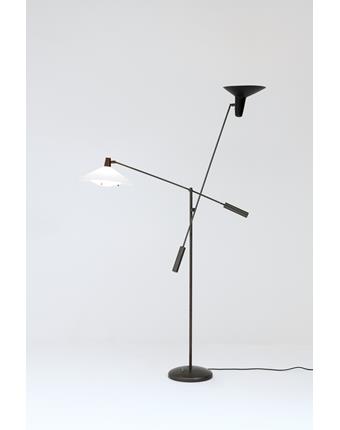 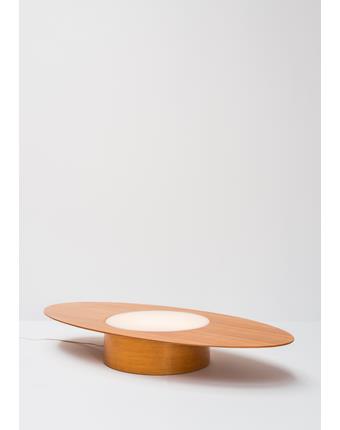 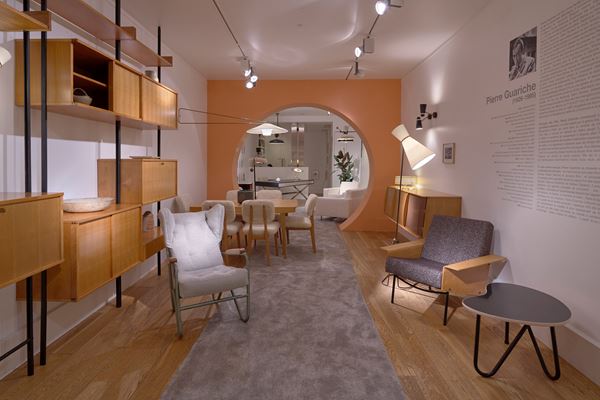 A manifesto exhibition: for its first participation at Brafa, the Pascal Cuisinier gallery wished to show a representative ensemble of its work on the beginning of French design in the 1950s. Indeed, for many years, Pascal Cuisinier has been bringing to light in France and around the world another look at the French design of the 50s. Until then confined to individual phenomena whose careers were already well established at that time - such as Prouvé, Perriand, Mouille, Royère - the work of the gallery discovered a generation of young designers from the great French schools of decorative arts who transformed the decorative arts into design during the Trentes Glorieuses... Press file pictures available on demand. The Pascal Cuisinier Gallery represents the first generation of French designers, including Pierre Guariche, Joseph-André Motte, Michel Mortier, Antoine Philippon & Jacqueline Lecoq, Janine Abraham & Dirk Jan Rol, André Monpoix, Alain Richard and Pierre Paulin. The gallery also represents the three best lighting designers of the period: Pierre Disderot, Robert Mathieu and Jacques Biny. Born between 1925 and 1930, these creators pursued similar studies at the ENSAD or Camondo School in Paris, and then earned their stripes at Michel Gascoin’s design studio. They shared a similar radical, uncompromising vision concerning the formal and functional choices of their production, which is characterised by its functionality, technical innovation, and elegant design.