The most valuable of all ancient coins is to be found in Brussels! 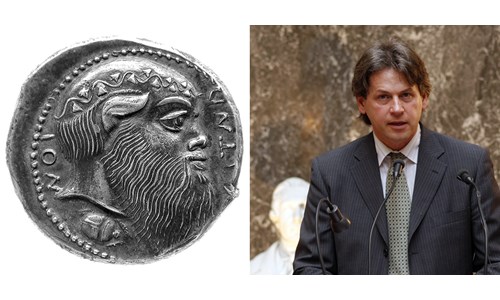 By François de Callataÿ, Head of Department at the Royal Library of Belgium and member of the Royal Academy of Belgium.

Belgium is the proud possessor of the tetradrachm of Aitna, which was created in Sicily about 460 BC, and is the ancient coin most highly prized by collectors today. Given to the Royal Belgian Library’s Cabinet of Coins and Medals, it belonged to the unrivalled collection of Greek coins built up by Lucien de Hirsch (1856-1887), the only son of Maurice de Hirsch de Gereuth, one of the richest men of his time. This talk will cover all aspects of the coin’s worldwide fame (conservation, engraving, iconography, historical interest etc). In 2004, the coin received an unprecedented honour: the Israel Museum in Jerusalem devoted an entire exhibition to it alone.