This exhibition in Knokke focuses on the most successful creations of the famous designer Axel Enthoven. For him, drawing is just as fundamental and natural as breathing. Drawings represent a clear position in the contemporary debate on whether designers are artists too. The answer is no, design is not art. These designs are a visual testament to the fact that you can only design when you are able to compromise. Artists don't compromise, designers constantly. 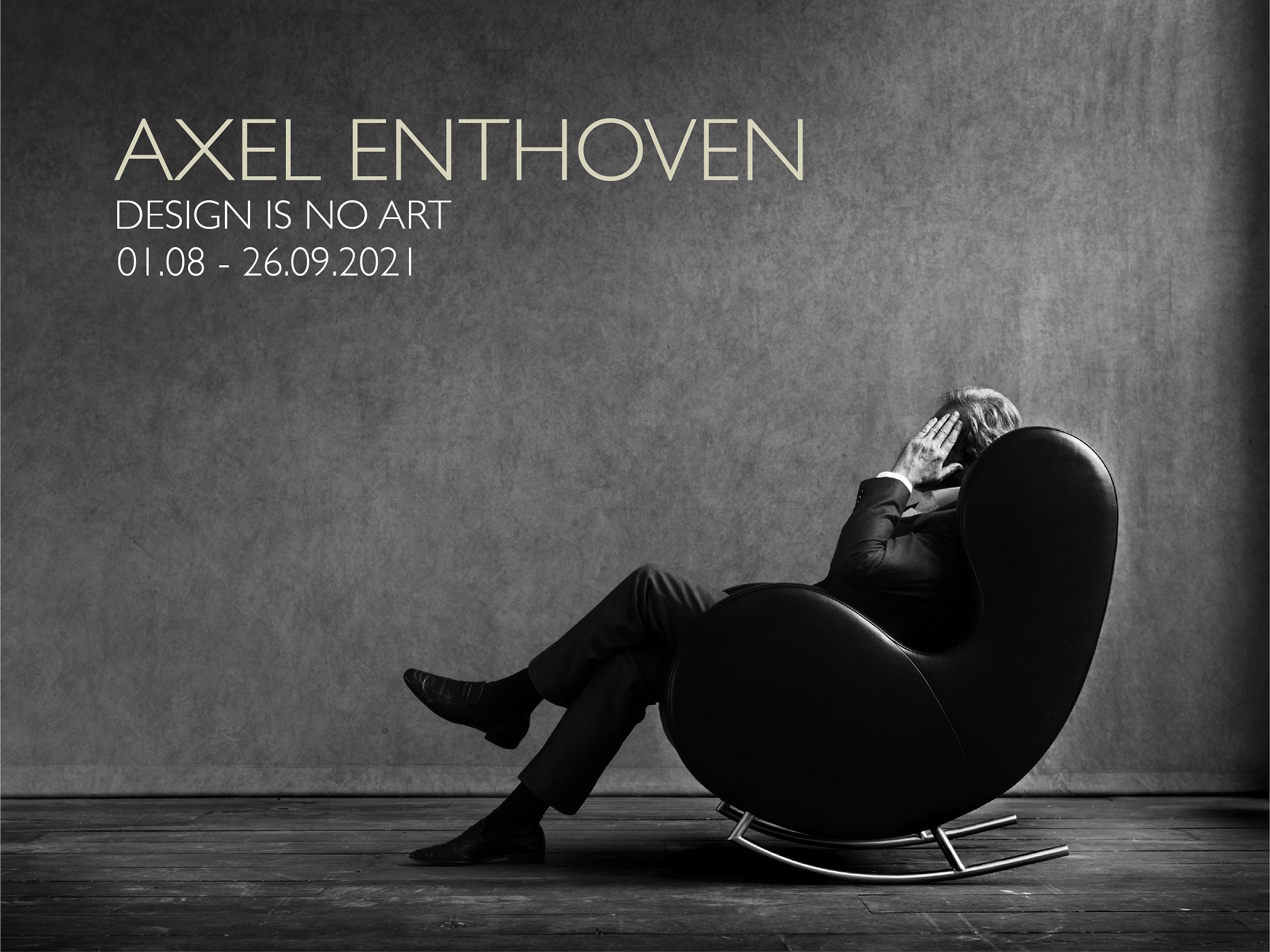 Axel Enthoven was born on 16 August 1947 in Antwerp. Following secondary school in Antwerp, he studied Industrial Design at the Academy for Industrial Design in Eindhoven, and went on to qualify at the Japanese design school, the Salesian Technical College in Tokyo. Later he studied engineering in Cleveland, Ohio. Practical work placements were undertaken in Germany, Poland and The Netherlands and he also contributed to the Apollo project in the United States.

Since 1970, he has worked as an independent designer, becoming visiting professor in 1972 at the Product Development Department of the National Higher Institute for Architecture and Urbanism in Antwerp (later the “Henri van de Velde Institute,” and now “Artesis-college”). In 1976, he founded an independent agency, the firm Idea NV (Industrial Design Enthoven Axel). In January 1990, Idea changed its name into “Enthoven Associates Design Consultants”, a partnership. Increasingly, though, Enthoven Associates has grown into an independent agency dealing with product development and innovative research in many different areas of industry. Conception, development and follow-up of a design study are amongst their activities.
To date, more than 1,900 products have been designed by Enthoven Associates, ranging from medical equipment to furniture to bus-tram-train design. Enthoven Associates has performed industrial design activities in the EU, USA, Canada, Japan, Korea, Thailand, Malaysia, Brazil and Mexico.

Furthermore, Axel Enthoven and the Enthoven Associates team have been awarded various prizes, including some Red Dot Design Awards and IF design awards.
Since 1989, Axel Enthoven has been Professor and Head of the Department of “Man & Mobility” at the Academy for Industrial Design in Eindhoven, The Netherlands.