I take great pleasure today in drawing your attention to a beautiful pastel by a painter born in the Piedmont, though Roman by adoption:
Alessandro Poma (Biella,  1874 - Courmayeur, 1960) 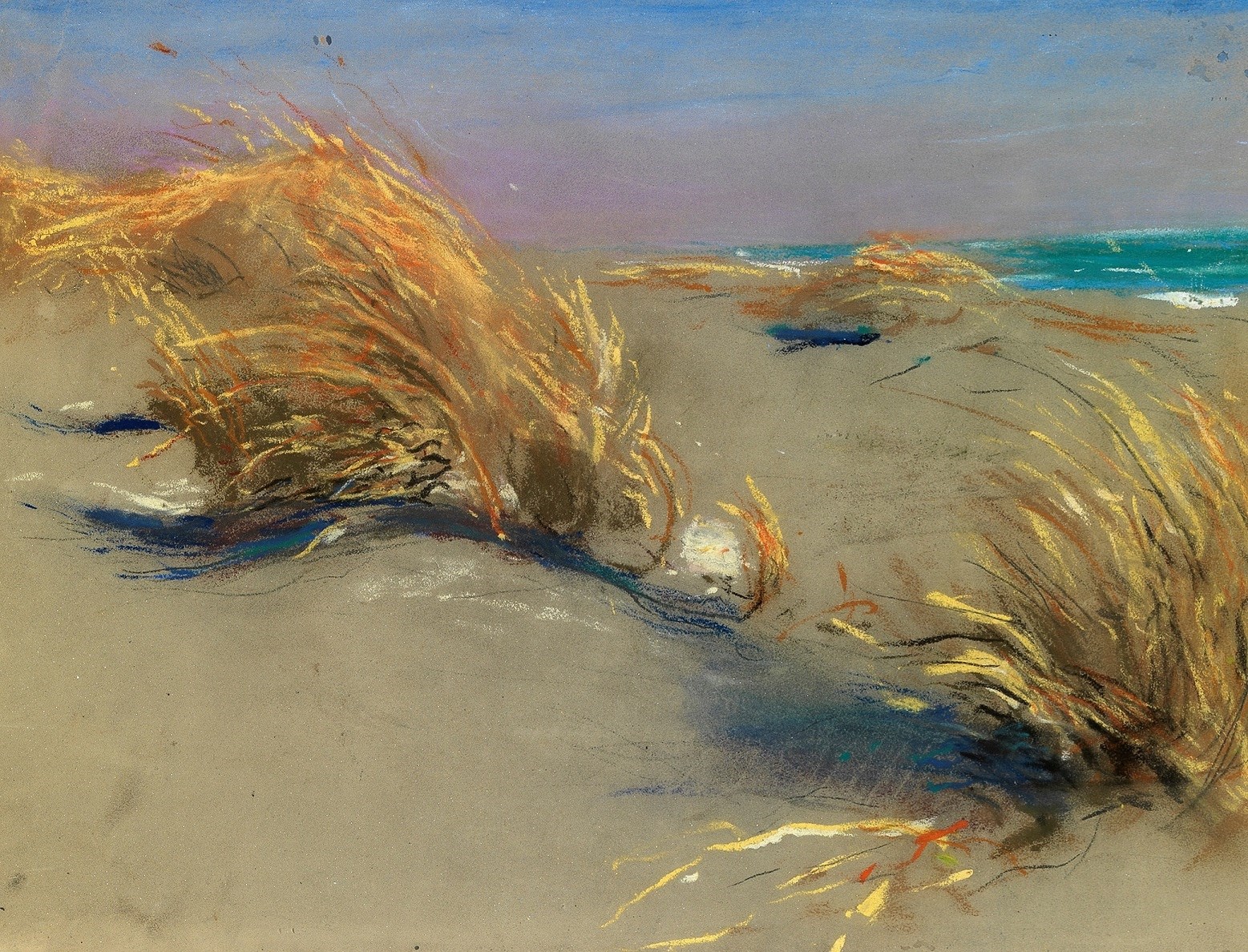 Dunes by the Sea at Maccarese
Pastel on paper, cm 28 x 30.
On completing his classical education in Turin, Alessandro Poma began to frequent artistic circles in the Piedmont before very soon moving to Rome.
In 1901 he joined the entourage of Giulio Aristide Sartorio with whom he was to collaborate on the frieze for the Sala del Lazio, or Latium Room, at the Fifth Venice Biennale in 1903, for which the preparatory sketches have survived.

After entering his work at major exhibitions in Rome, Turin, Milan and Venice in the first decade of the 20th century, he then chose to stop showing yet continued to paint in solitude.
Alessandro Poma has left us a considerable number of superb pastels inspired by the landscapes he loved in Rome, Capri or the mountains of Courmayeur, together with depictions of horses, butterflies and other animals. 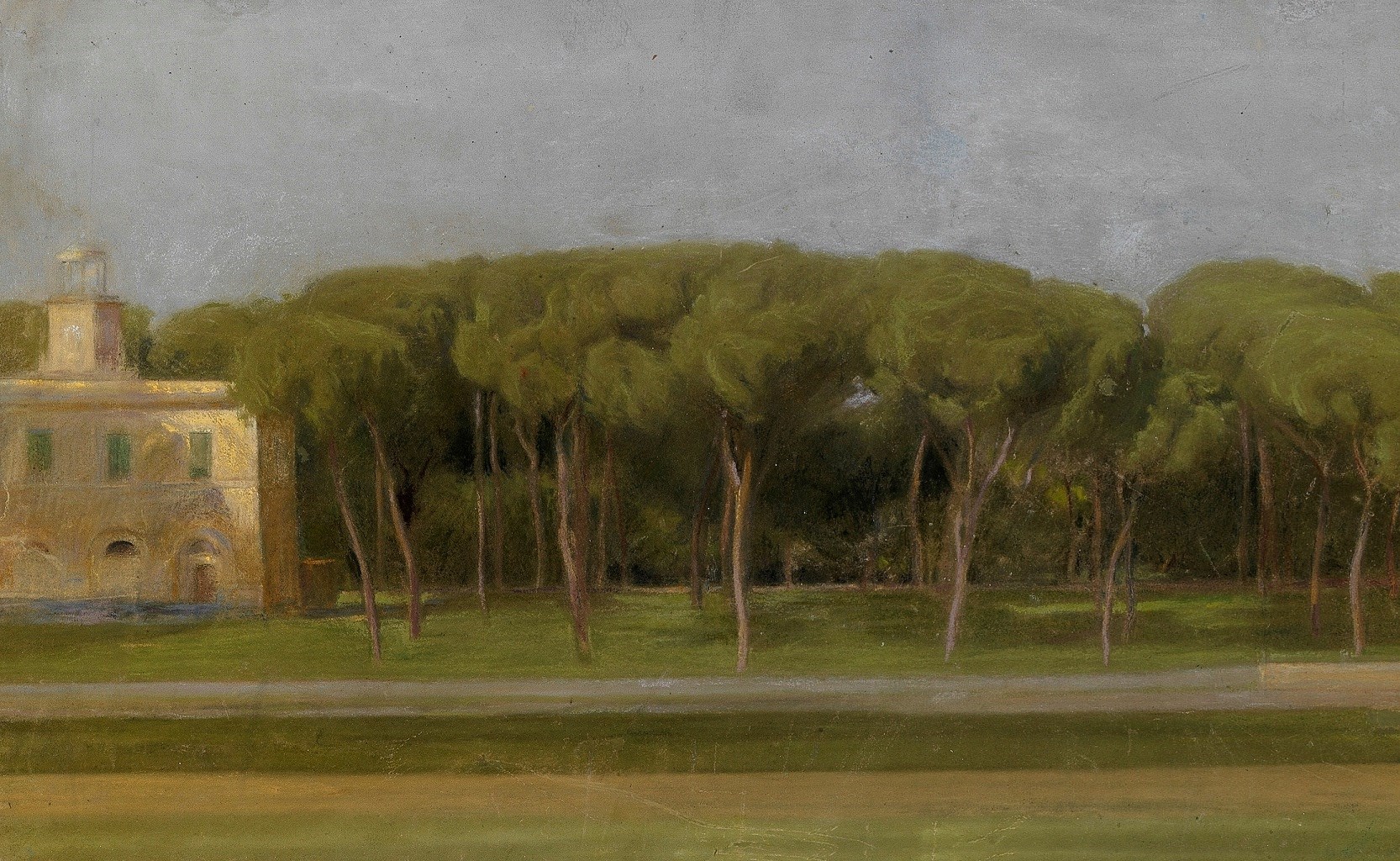 Casina dell'Orologio in Piazza di Siena, private collection, Rome.
Poma was privileged to live for a large part of the 20th century in the so-called "Casina di Raffaello" in Villa Borghese, initially moving in response to an invitation from Prince Giulio Borghese in 1898 which was subsequently reiterated by Rome's municipal authorities.

Maurizio Calvesi curated a retrospective of Poma's work at the Aranciera in Villa Borghese in 2007, while I myself held a monographic exhibition of work by this talented artist in my gallery in 2009, benefiting for the occasion from the generous support of his heirs and succeeding in showing a large part of his overall output. 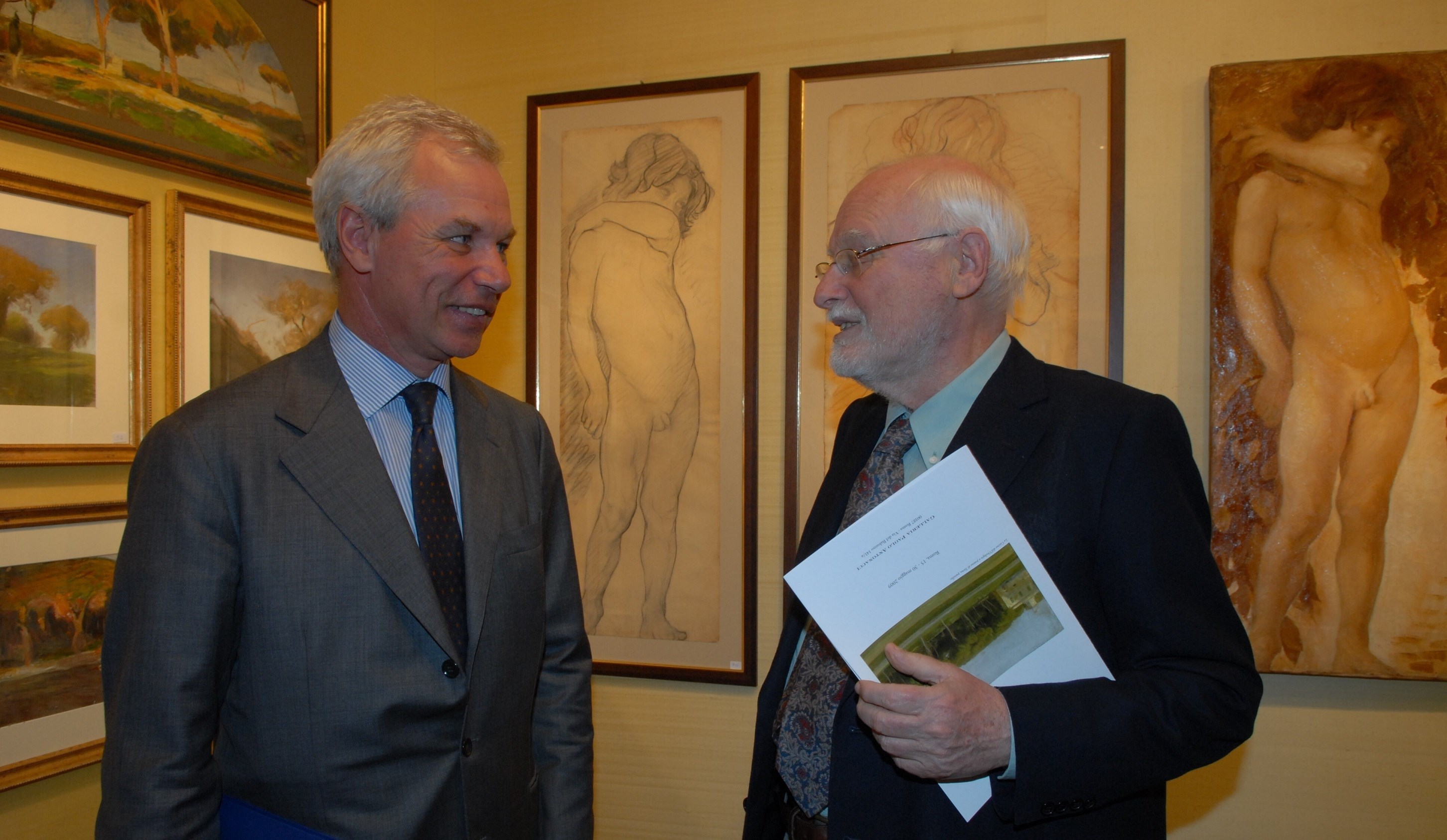 Galleria Paolo Antonacci 2009, vernissage of the exhibition of work by Alessandro Poma,
with Professor Maurizio Calvesi.