Today, we would like to present you the fourth work chosen for our Object in Focus project, aiming at shedding new light on some of the works in our gallery.

Every month, we are going to select an object for you, which will be described through an entry engaging with the most interesting and curious aspects of the work.

This month, we are going to focus on: 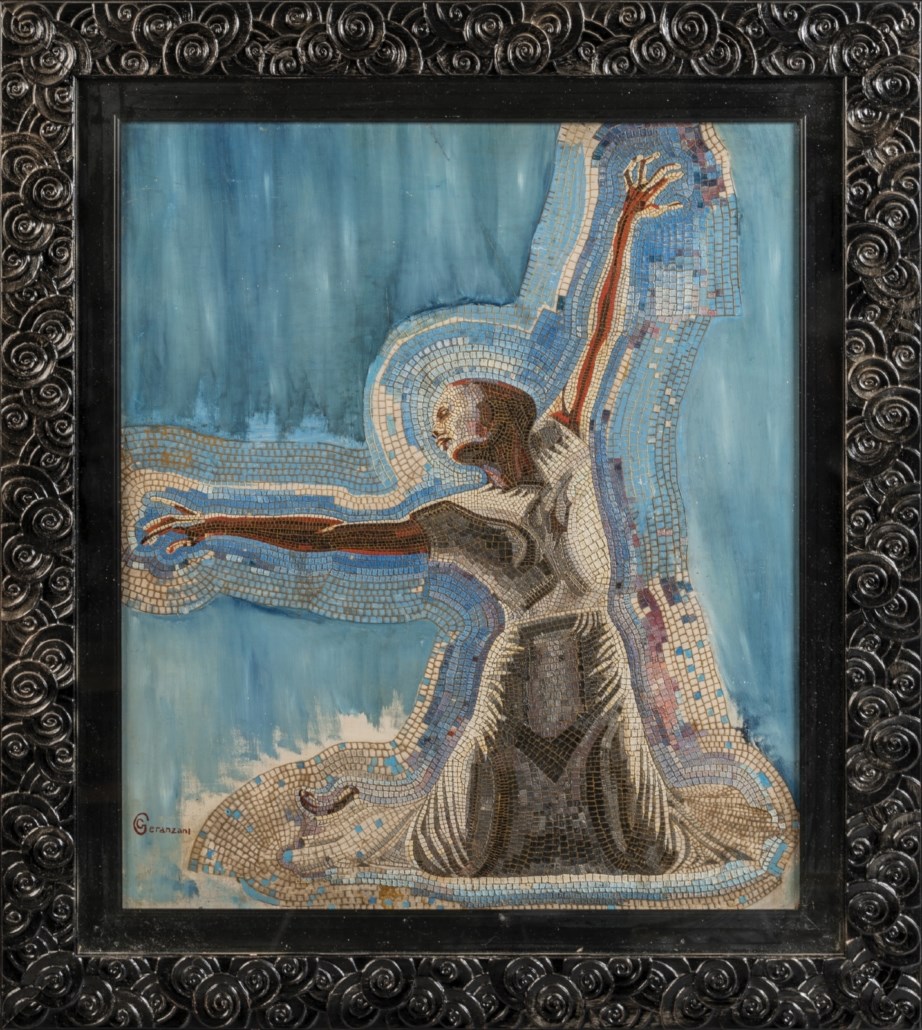 Cornelio Geranzani (Genoa, 1880 - 1955)
Josephine Baker
Signed and dated 1927 on the lower left corner
Oil on panel, 60 x 70 cm
Elegant in all its precious details, this painting by Cornelio Geranzani is an homage to the American French entertainer Josephine Baker (1906-1975), a spectacular woman who inspired numerous artists with her beauty and talent.

Baker’s photograph appeared in La Rivista Illustrata del Popolo d’Italia in December 1926, but she became truly famous in Italy for her two biographies published in 1928, after which numerous Italian artists and intellectuals depicted her in their works. Our marvellous painting, however, was created a year earlier (1927) than this popularity boom, probably attesting to Geranzani’s direct knowledge of Baker and her shows through personal or close friends’ trips to Paris, where she was performing at the time. This personal link may be grasped also by the strong passion permeating the painting, which seems to be intimately talking to the beholder.

The Genoese painter depicts the famous entertainer in a sinuous pose - probably a snapshot taken from one of her dance shows. Kneeling on the ground, Baker is enveloped in what looks like a silk silver dress that perfectly shapes the features of her body. Recurving her back and neck, she looks at her right hand giving the impression of waiting for her audience’s applause while intensely illuminated by the spotlight.

Geranzani employs a Divisionist technique he perfectioned in the mid-1910s to shape Baker’s figure by painting her with the tip of the brush in mosaic-like tiles effectively balancing the play of light and shadows. Through this technique, Baker seems to come out of the painting leaving behind a luminous aura, which stands out in front of the light blue background painted with broad brushstrokes.
Finally, the original frame enriches the painting with its elegant twists carved on the dark surface, which add dynamism and movement to the overall representation of this entertainment star.

Baker was the one most popular and loved dancers of Paris in the 1920s and 1930s, as she starred at the Folies Bergère. Moreover, she was the first black woman to star in a major motion picture, the 1927 silent film Siren of the Tropics, directed by Mario Nalpas and Henri Étiévant. In the same year, her performance in the revue Un vent de folie in Paris amazed the entire city. Her costume consisting only of a short skirt of bananas and a beaded necklace became an icon and a symbol of both the Jazz Age and the Roaring Twenties. 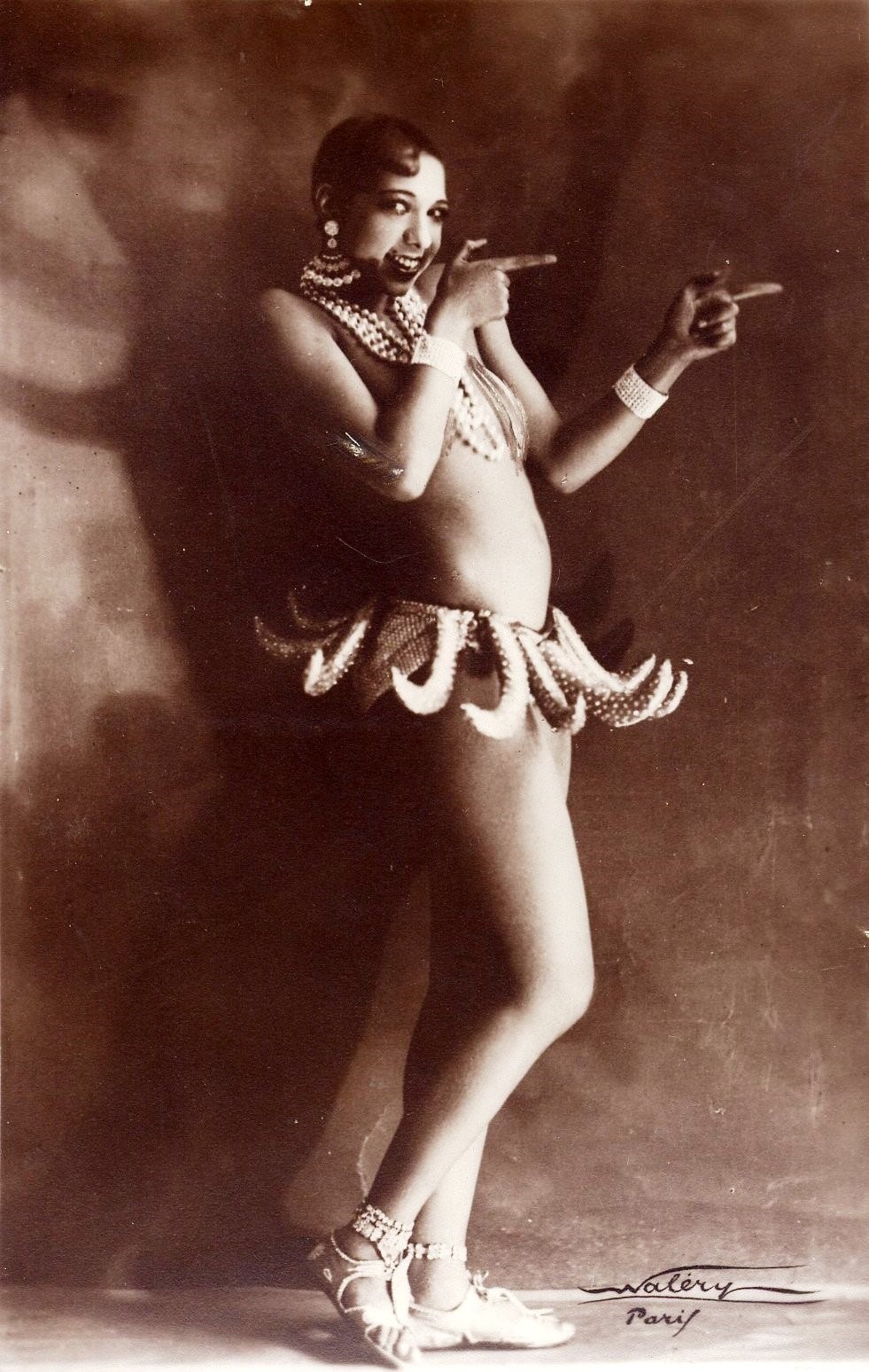 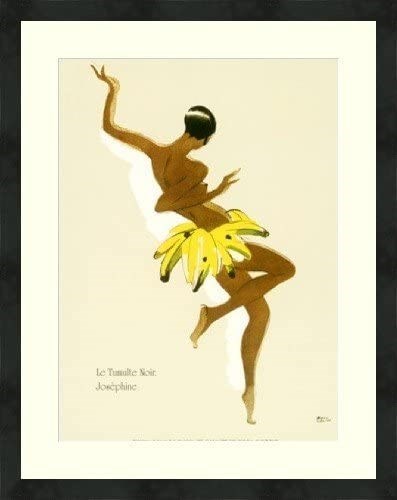 Praised and depicted multiple times by artists and intellectuals, she was known as the ‘Black Venus’, the ‘Black Pearl’, the ‘Bronze Venus’ and the ‘Creole Goddess’. Numerous artists, such as Alexander Calder (Josephine Baker III, 1927), Henri Matisse (La Négresse, 1952-1953), and Tullio d’Albisola (Brocca Baker, 1929), depicted her in their works. 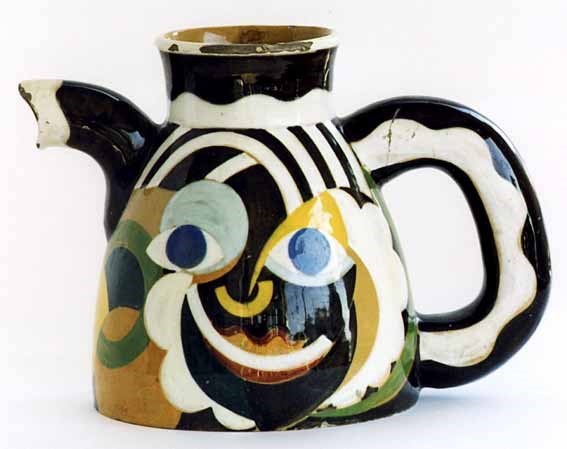 She was known for aiding the French Resistance during World War II and she was awarded the Rosette de la Résistance, the Croix de Guerre and was named Chevalier of the Légion d’honneur by General De Gaulle after the end of the war.
In the United States she was known for her contributions to the Civil Rights Movement in the 1950s and 1960s, as she refused to perform for segregated audiences and supported Marin Luther King’s movement. 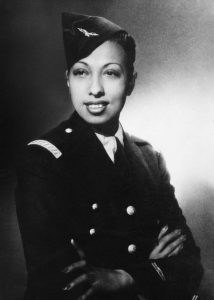 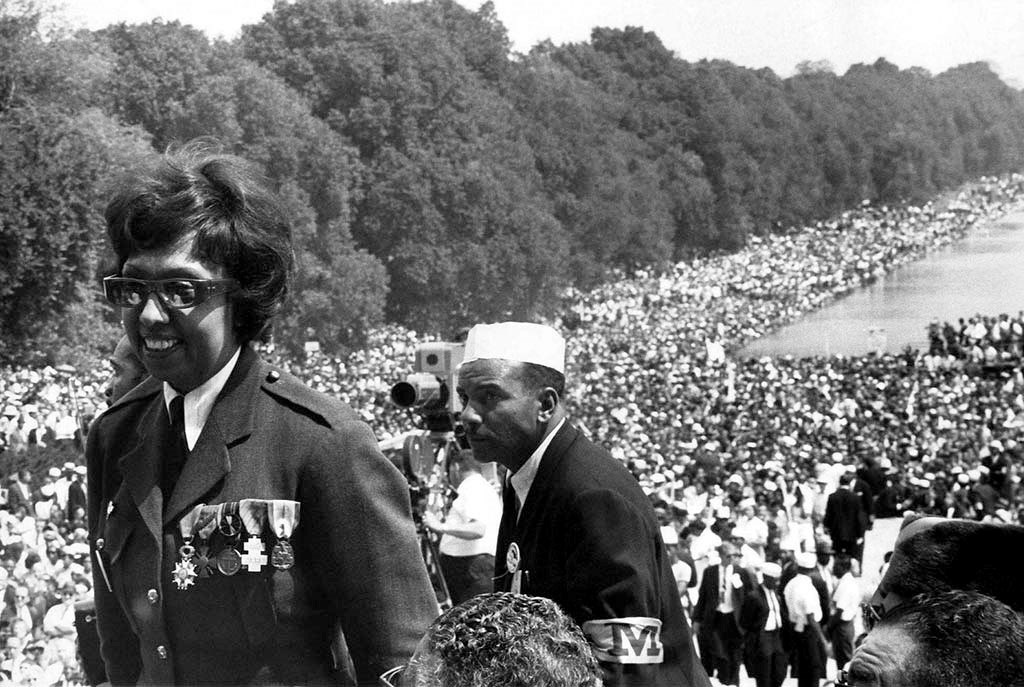 In the later years, Baker was offered an apartment in Roquebrune by Princess Grace of Monaco. She continued performing in Paris, Belgrade and London until 1975.
In 1975 she starred in a retrospective revue at Bobino in Paris, celebrating her 50 years in show business, Joséphine à Bobino 1975, which was financed by Prince Rainier and Princess Grace, and which was opened by Jacqueline Kennedy Onassis. 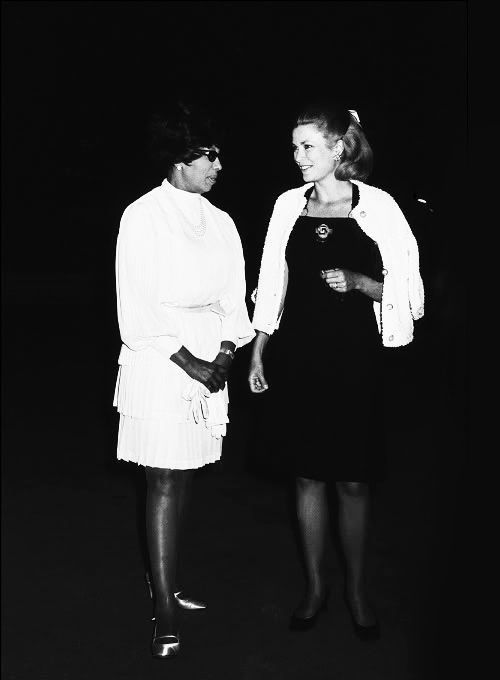 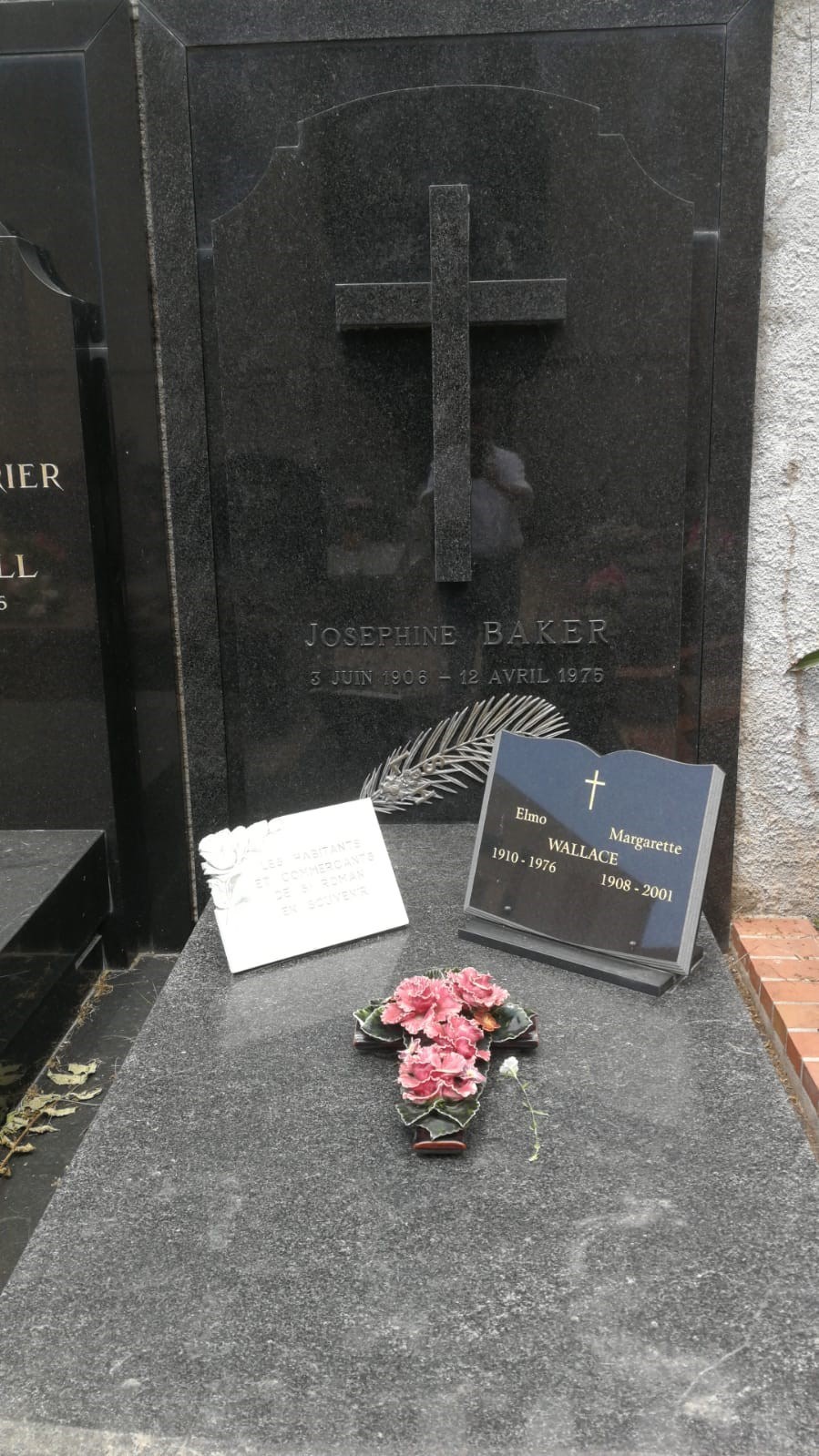 Four days later, on 12 April 1975, Baker died in her home in Roquebrune, where she is now buried.


Cornelio Geranzani was a renowned Genoese artist, who proved to be successful in the experimentation on different pictorial styles during his career. He participated in numerous exhibitions since 1910 in Genoa, Rome and Milan, and in 1934 he exhibited at the XIX Biennale of Venice. 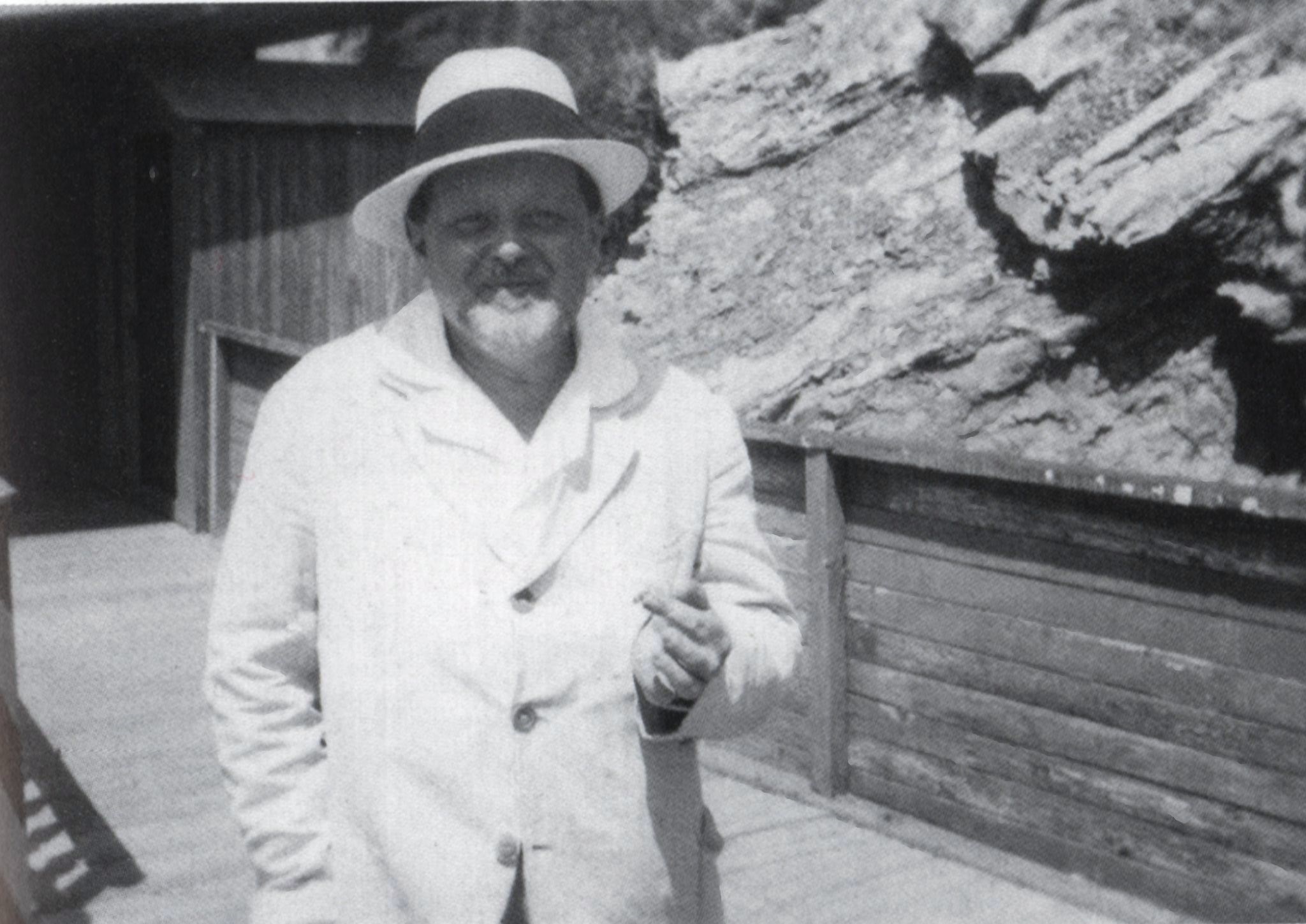 Trained by Giovanni Quinzio, his first production focussed on the pittura a macchia depicting the everyday life. In 1902, Geranzani started to work with the Genoese Divisionists, who deeply influenced his approach to painting as he started to develop his subjects through the juxtaposition of chromatic spots. Following this encounter, he became increasingly interested in the element of light and colour to the point that he became a Pointillist around 1907.
Moreover, in the same years, Geranzani developed an interest towards Symbolism thanks to his frequent contacts with the literary world revolving around Zena and the periodicals Endymion and Rassegna Latina. In this context, Geranzani enriched his Divisionist approach oriented towards a geometric-decorative sense with a taste close to Klimt’s works.

From 1910 to 1916, Geranzani departed from his pointillist style and experimented with a new technique juxtaposing macro-tiles mimicking a mosaic. 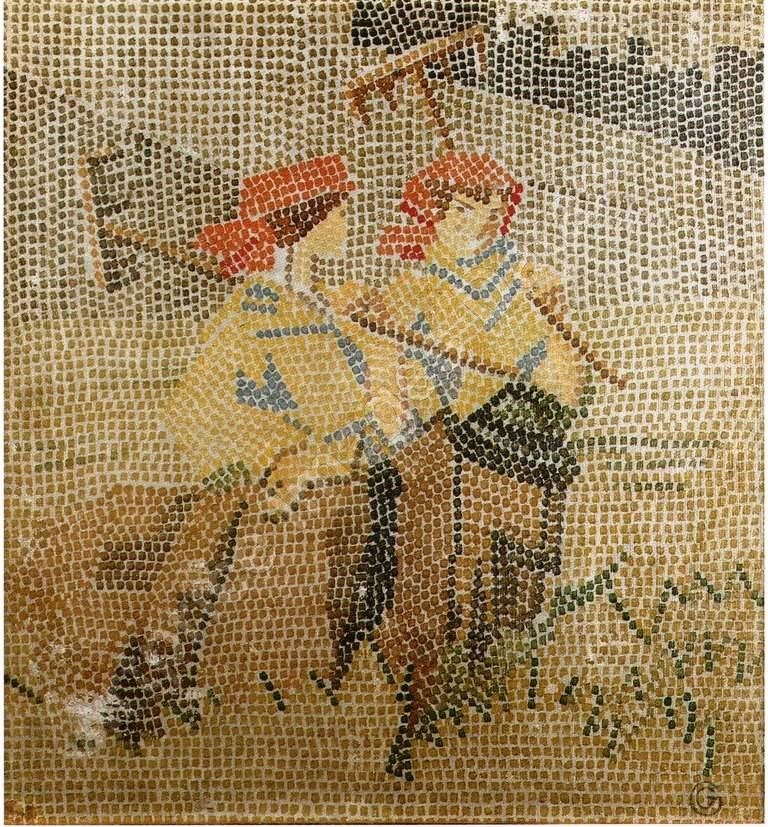 In a further change of trajectory, in 1916-1920 Geranzani produced works characterised by the juxtaposition of vivid colours on wide surfaces, which attested to his ability as illustrator and poster-maker.
Interested in the psychological possibilities offered by realism, in the second half of the 1920s Geranzani approached the theories proposed by Valori Plastici and Novecento. 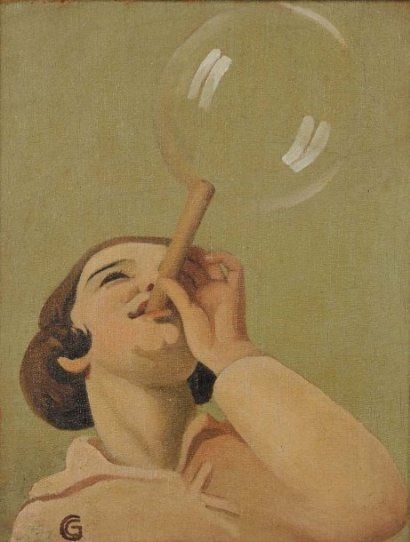 From the mid-1930s, Geranzani chose to go back to the forms of naturalism, which characterise his last works.
He last publicly exhibited his works in 1947, after which he withdrew from the public sphere dying in Genoa in 1955.

Please click here for a PDF version of this entry and visit our website for more photographs and information about this marvellous painting by Cornelio Geranzani.

We hope you enjoyed this initiative and we look forward to hearing from you for any queries and further discussions.