'That morning on the cliff, a moment of horizon disappears in the thickness of the fog. A memory emerges that the truth remains a visible gleam despite the densest mist. This reminiscence illuminates more than our confinement, the pandemic, and the cohort of past and upcoming changes. It brings me straight back to my field. Like dazzling evidence: to paint visibility differently.' Michel Mouffe, Formentera, November 2020 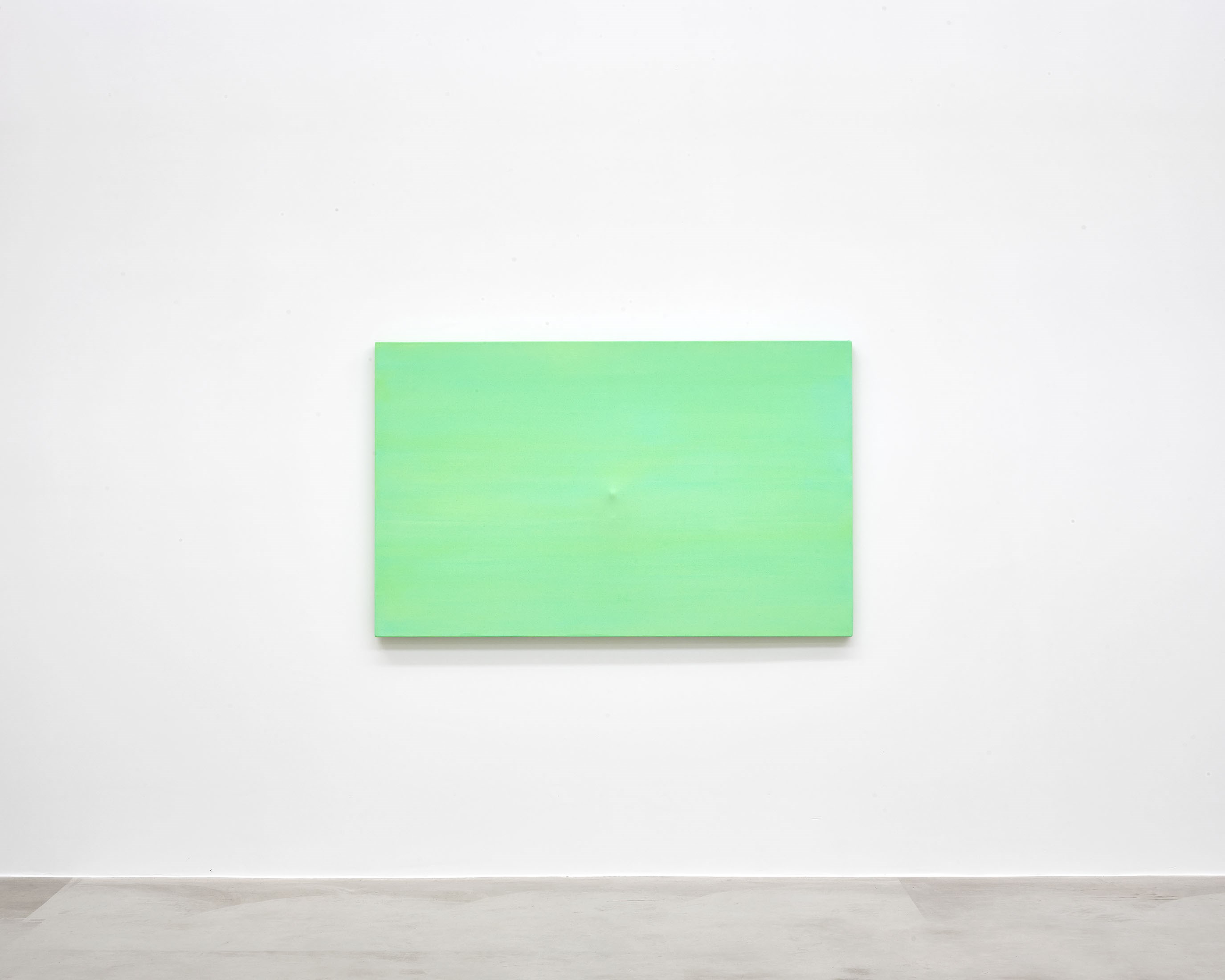 Axel Vervoordt Gallery is pleased to present 'Nebel', a new series of paintings by Michel Mouffe. The choice of the German word for mist or fog for the exhibition’s title unveils an essence of Mouffe’s practice: everything relates to the art of looking, sensory experiences, and the surprising ways our gaze can trick us during unprepared moments. It is with “the eyes of the skin” as Juhani Pallasmaa defined it, that we must see, or as Tim Ingold describes: “The eye, in smooth space, does not look at things but roams among them, finding a way through rather than aiming for a fixed target. It is an eye that is tuned not to the discrimination and identification of individual objects but to the registration of subtle variations of light and shade, and the surface textures they reveal.' 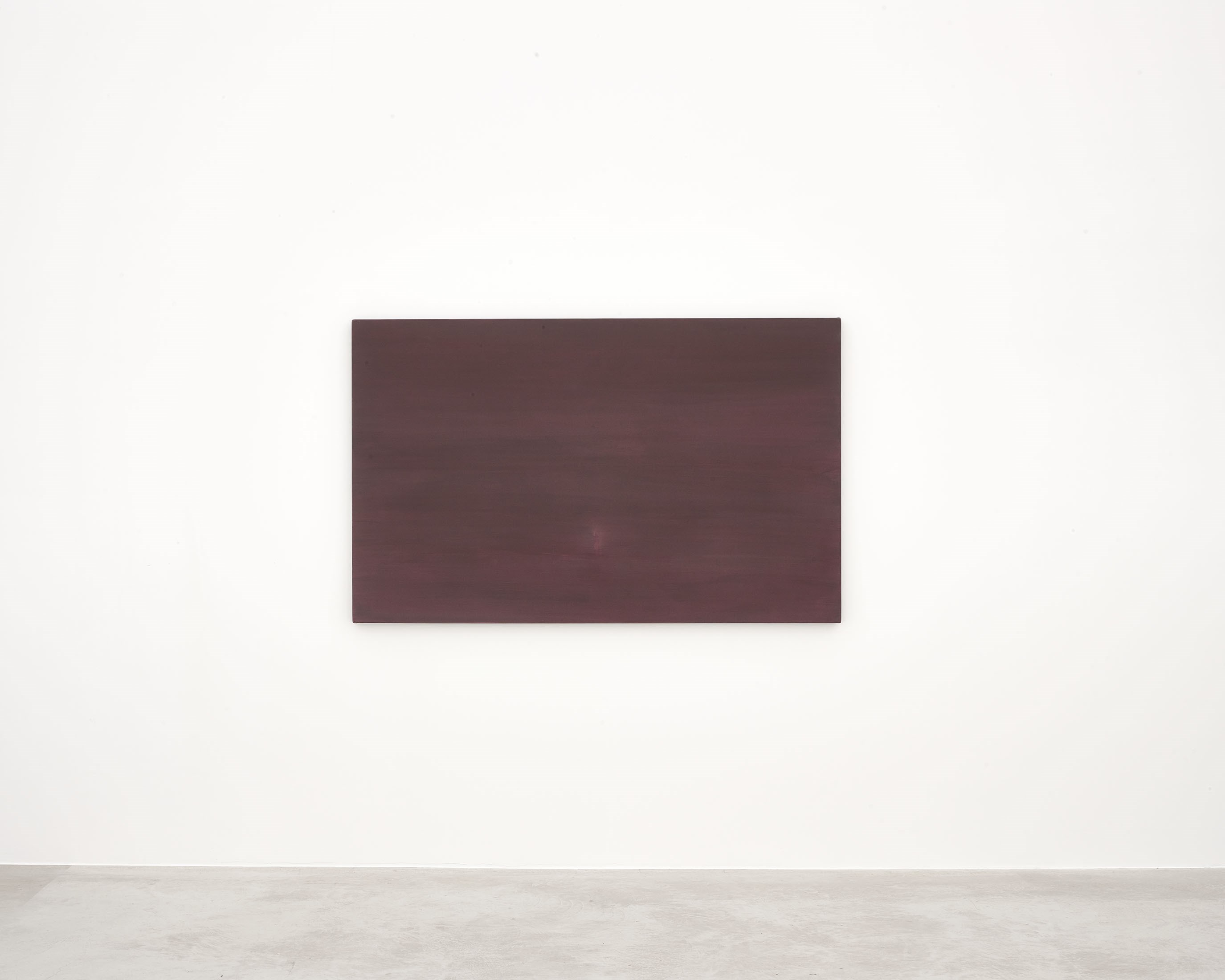 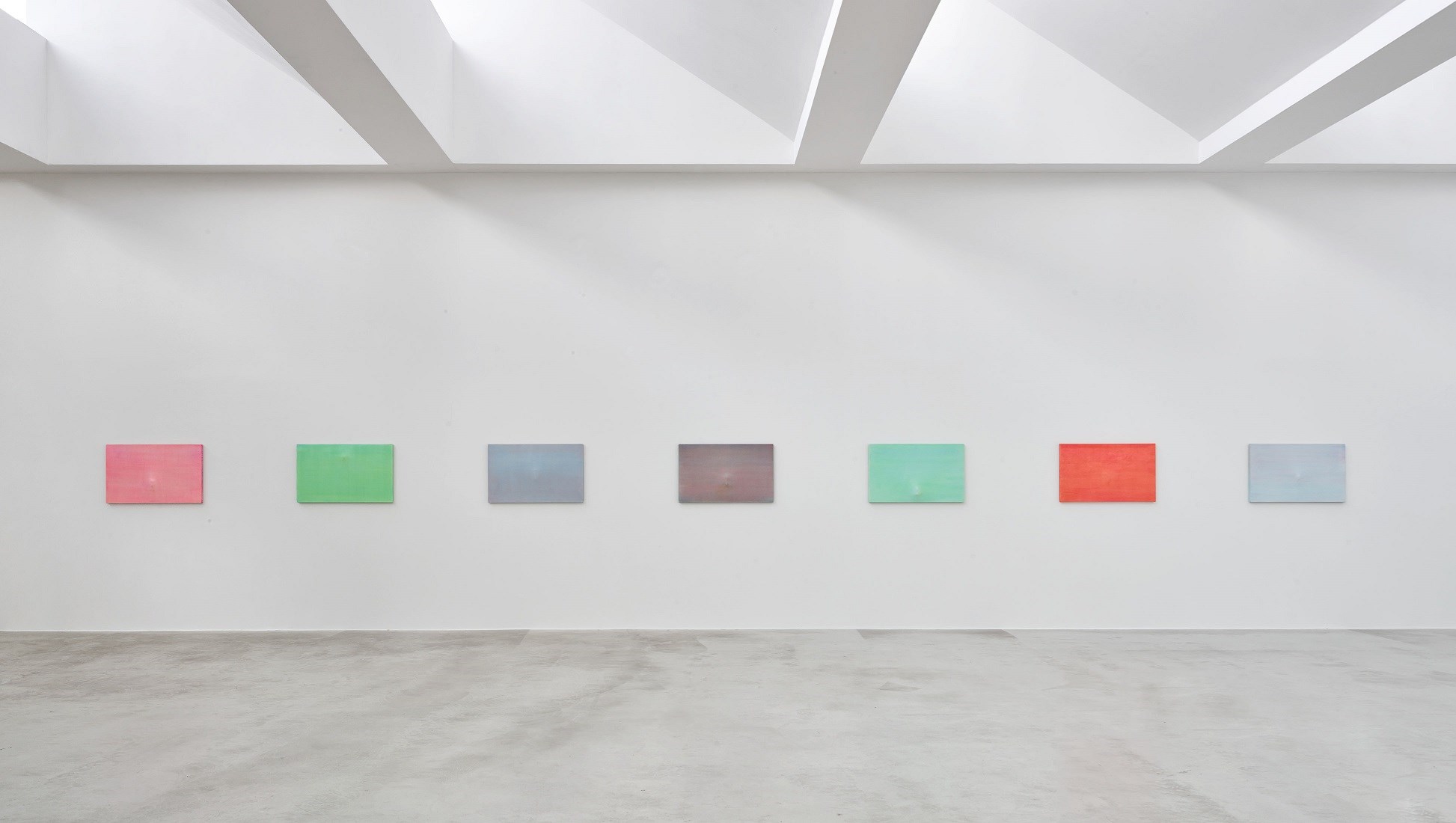 The 'Nebel' paintings emerged after Mouffe completed of a series of 'hidden' portraits titled, 'A las cinco de la tarde', from 2018 to 2019. These paintings were an exploration into the history of people shot by the Franco regime on the Spanish island of Formentera. The portraits are based on the rare photographic material traces left behind by those who resisted the fascist regime. The faces, however, stay mysteriously hidden behind the canvas, only revealing the contours. In this sense, Mouffe introduces figuration on the brink of abstraction: by concealing the faces behind the canvas, he allows only a shimmer of their past and history reach us. In the smallest room of this current exhibition, there are three similar paintings: Liu Xao Bo, Daphné Caruana Galizia, and Khaled el Assad each represent a kind of intransigence with a regime or politics they opposed, an act of rebellion that cost them their lives.

Upon finishing these portraits, it was time, however — as Mouffe would phrase it — to leave this old practice behind in which multiple layers of paint were added on two mounted canvases. The 'Nebel' series embarked upon new techniques, by painting on a canvas with a more pronounced grain, only covered with a light primer and two or maximum three coats of diluted colour. 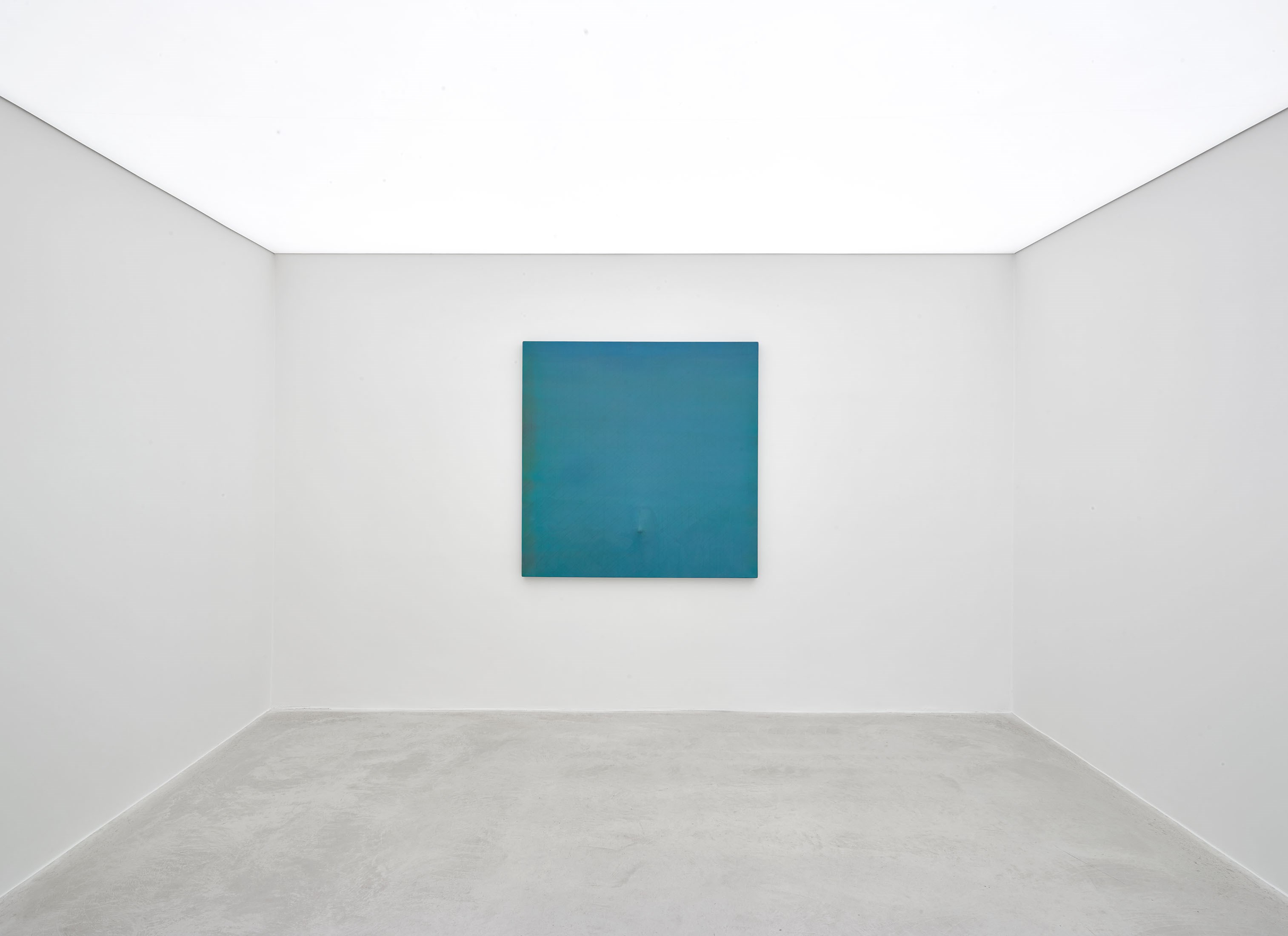 "This new time of painting is understood not as 'to make a painting’, but 'to do painting’;'to be painting’.”

To view the “Nebel” series is like being enveloped by a vague, turning mist. Through their subtle and minimal departures, a sentiment comparable to a William Turner painting emerges. Though the paint is applied in a fundamental manner — where one can practically feel the hand of the artist — it evokes the strongest of sensations. It’s the relation with the viewer’s eye that is so crucial: to hear, see, or understand the movement created by the artist, one participates in the active existence of the work. Interacting with his work requires a slow gaze. It is from that precise moment onwards, that we are not in contemplation of an object, but much rather in the feeling of something. 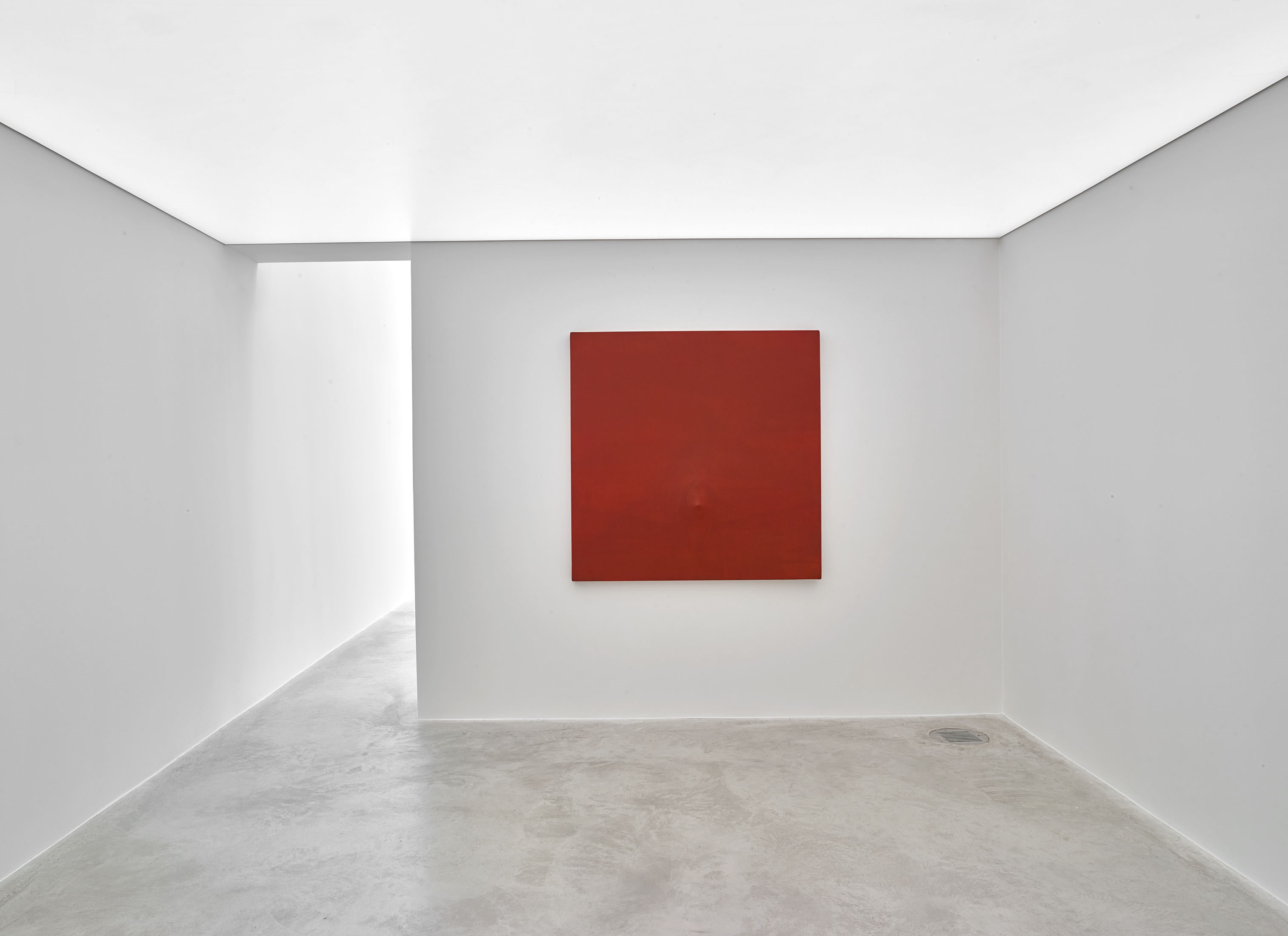 The surfaces of these paintings are, as is often the case with Mouffe’s work, not flat. In combination with the use of colours, it creates an unstable, almost vibrating, and moving experience. His work is irreproducible, unspeakable, unassignable. Every new step Mouffe takes is one in the direction of challenging the limits of the very act painting. 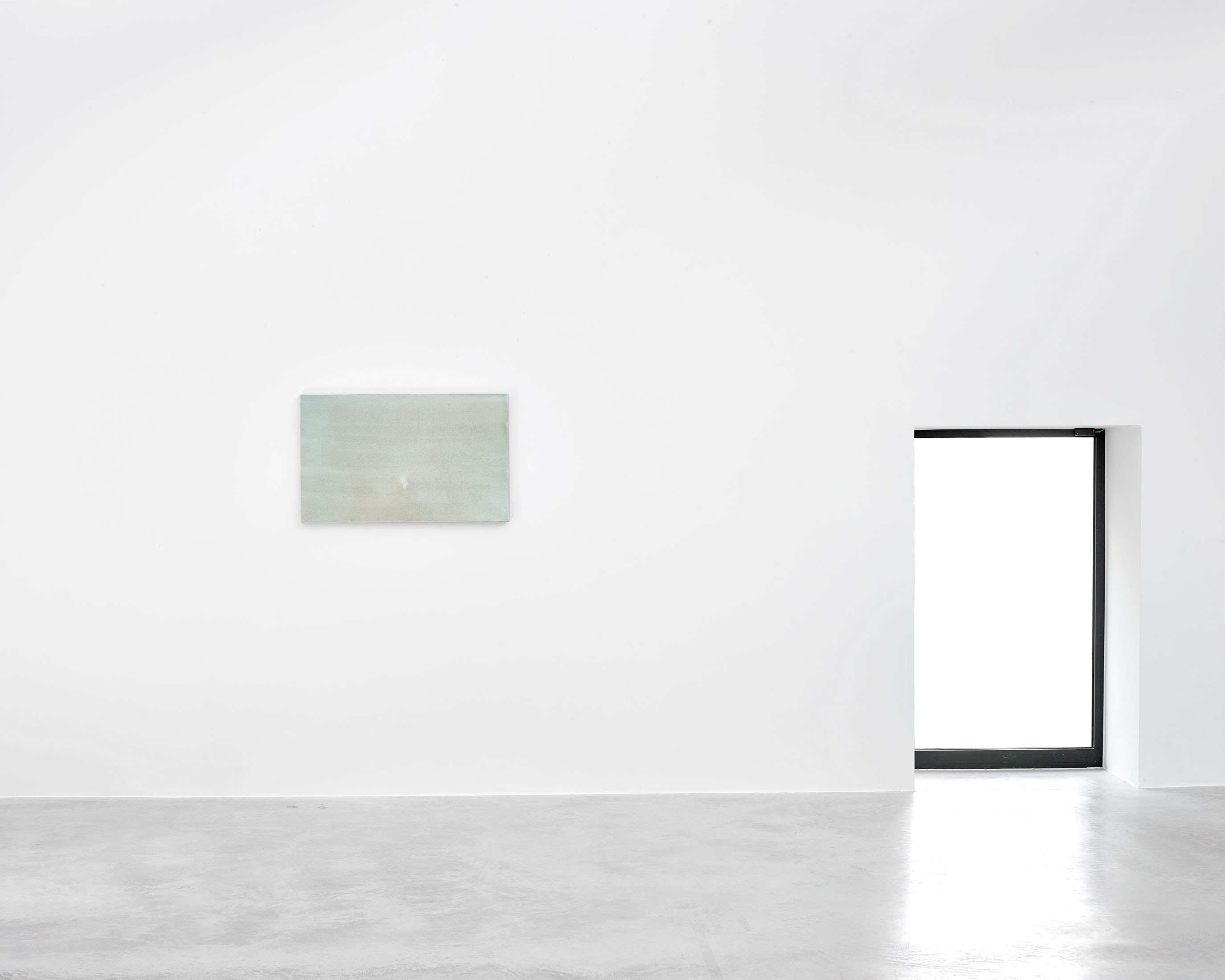