Rodolphe Janssen is pleased to announce the representation of the succession of Roger-Edgar Gillet (1924-2004) in collaboration with the Gillet family and Galerie Nathalie Obadia, Paris.

A first exhibition:
Stéphane Janssen – Roger-Edgar Gillet, une amitié de 40 ans will be the first exhibition organized at the gallery, in June-July 2021 (opening on Thursday, June 3, 2021) and in conjunction with the exhibition in Paris, at Galerie Nathalie Obadia. 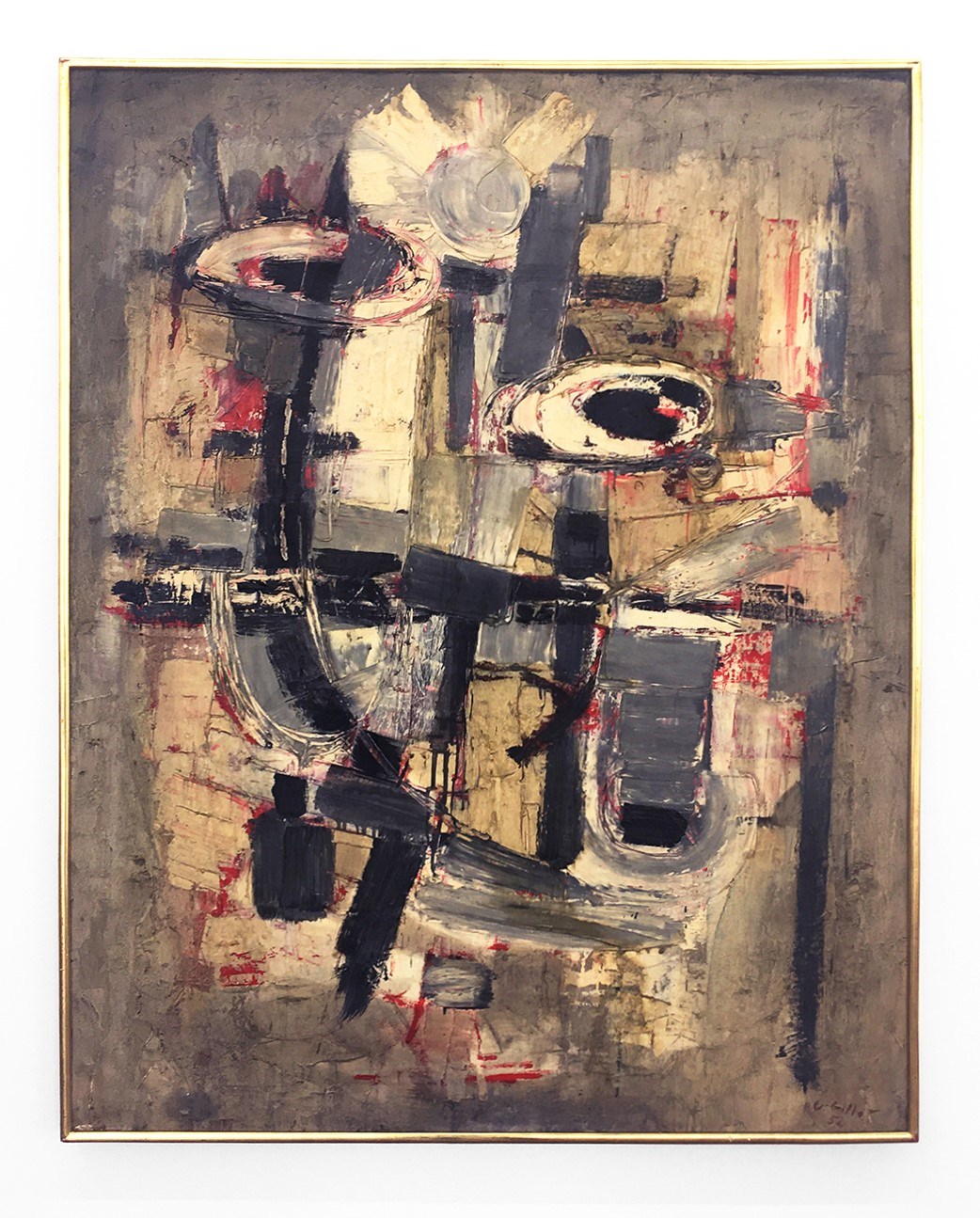 « In 1957, aged 21, my father Stéphane Janssen bought his first painting by Gillet from John Trouillard in Antwerp. Over the next 50 years, they will maintain a friendly as well as professional relationship, through the four personal exhibitions organized by Stéphane in his Brussels gallery (1967,69,72,75) and his acquisition of a hundred or so paintings and works on paper.

In his last years, Stéphane offered several of his paintings to institutions, including Le Centre Georges Pompidou in 2019.

Our exhibition and representation project had been prepared with my father, prior to his death in September 2020, and I am very happy to be able to perpetuate this collaboration and family friendship by working, today, with the Gillet children. »
- Rodolphe Janssen
About the artist

Born in 1924 in Paris, Roger-Edgar Gillet lived between Paris, Sens and the region of St Malo where he died in 2004.

From the beginning of the 1950s, defended by Michel Tapié, Gillet was part of the generation of post-war abstract painters, of the Paris school, before taking the path of expressionist figuration in the 1960s like Fautrier, Rebeyrolle and Dubuffet. Gillet was first exhibited in France by the historic galleries Claude Bernard, Rodolphe Stadler, Jeanne Bucher; then by the Ariel gallery run by Jean Pollack. He has also worked with Lorenzell iArte, Italy; Nova Spectra, Amsterdam; Malborough, New York; as well as Stéphane Janssen, Fred Lanzenberg and Orion in Brussels.
In Gillet’s painting we find many Belgian and northern European influences from Rembrandt to Ensor first, but also a great connivance with his friends Alechinsky and Reinhoud.

Gillet is present in many Belgian private and public collections (including the SMAK, Ghent; the Royal Museums of Fine Arts, Brussels; Fondation Roi Baudouin: Thomas Neirynck donation on deposit at BAM, Mons), as well as international collections: Center Pompidou, Museum of Modern Art of the City of Paris; the Museums of Fine Arts of Lyon, Rennes and Rouen; The Palais des Beaux-Arts in Lille; the Louisiana Museum of modern Art, Denmark; the Oslo Museum, Norway and the Museu de arte in
São Paulo, Brazil, amongst others.