Edmund Hottenroth ( Dresden 1808 - Rome 1889 ) came to Rome with his elder brother Woldemar, who was also a painter, in the autumn of 1830, and the two were instantly introduced into the circle of German artists that gravitated around the Caffè Greco. 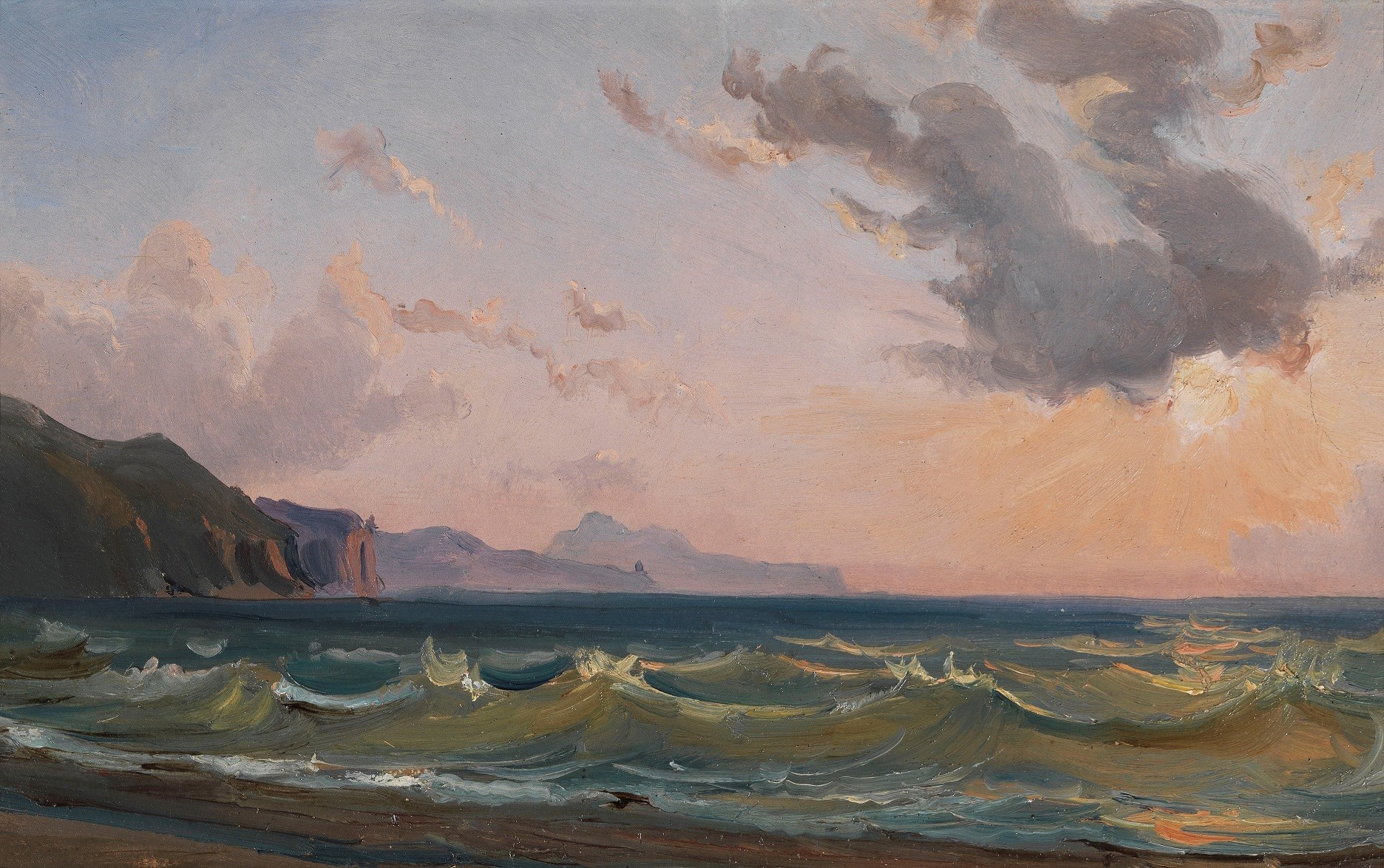 E. Hottenroth, The Coastline of Sorrento with Capri in the Background
Oil on paper, 21 x 33 cm 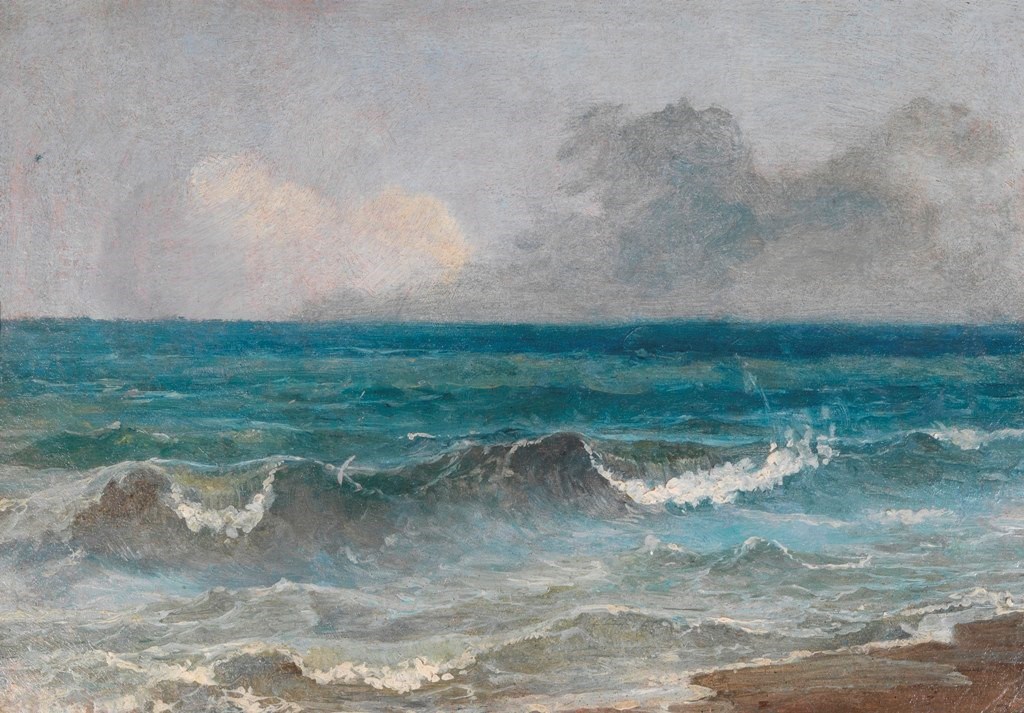 E. Hottenroth, Study of Waves
Oil on paper,  26 x 37,5 cm
These two splendid oil-on-paper works, attributable to the artist's earlier years, were painted from life in the course of a journey he made to the Sorrentine Peninsula south of Naples.
Here he was drawn in particular, by the sea which he depicted with spellbinding immediacy, capturing the motion of the waves with masterly skill. 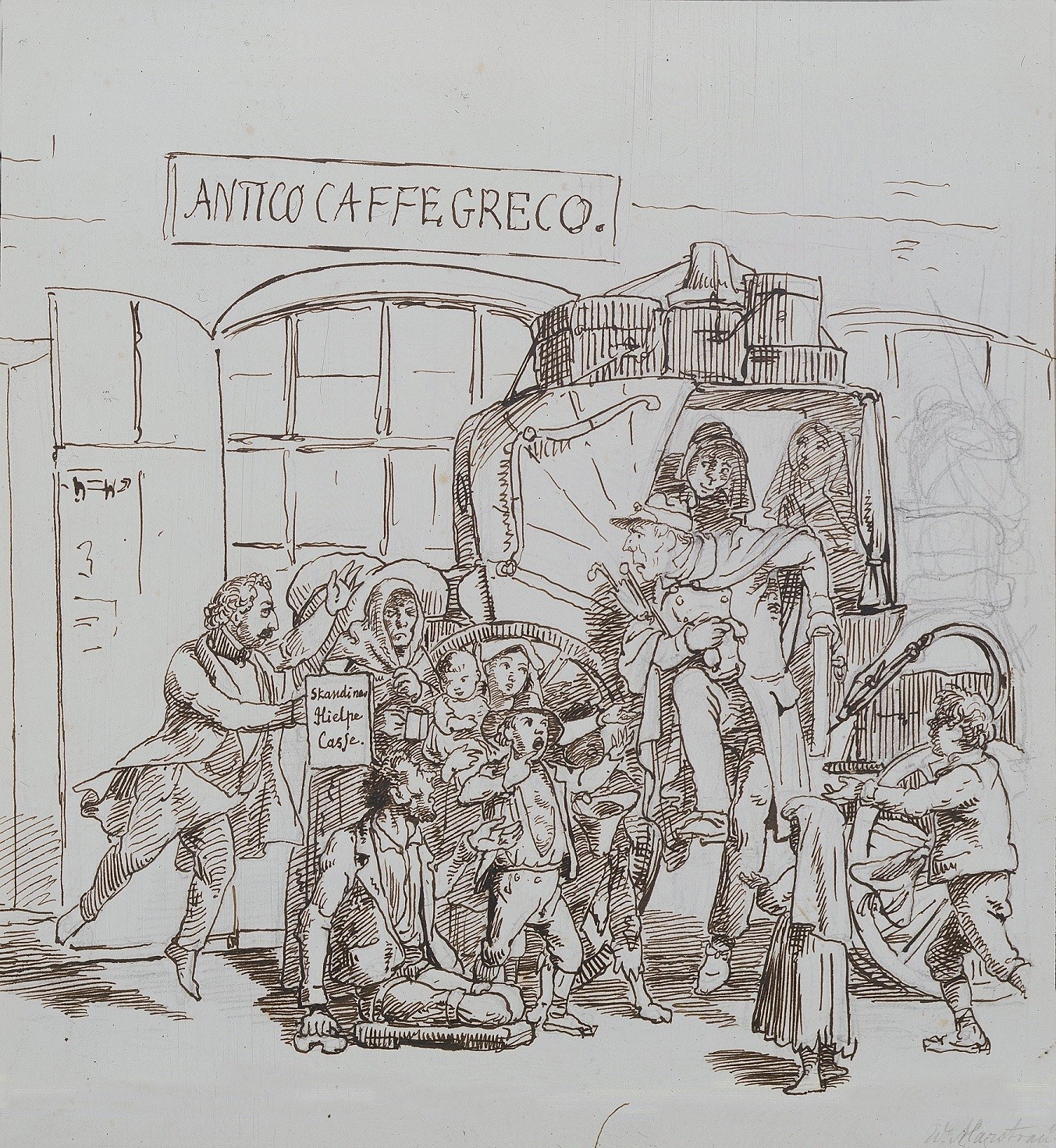 W. Marstrand, Foreign Travellers Arriving at the Caffè Greco
Formerly Paolo Antonacci collection.
The bond between Edmund and Rome's Caffè Greco lasted for the whole of his life. The historic Roman café today owns one of the most important collections of Hottenroth's works, either donated by the artist or purchased from him in the first person. Our paintings, too, come from the artist's heirs.
They bear precious witness to Edmund's  love of Nature and of painting "en plein air", a love he shared with the majority of artists in the 1830s. 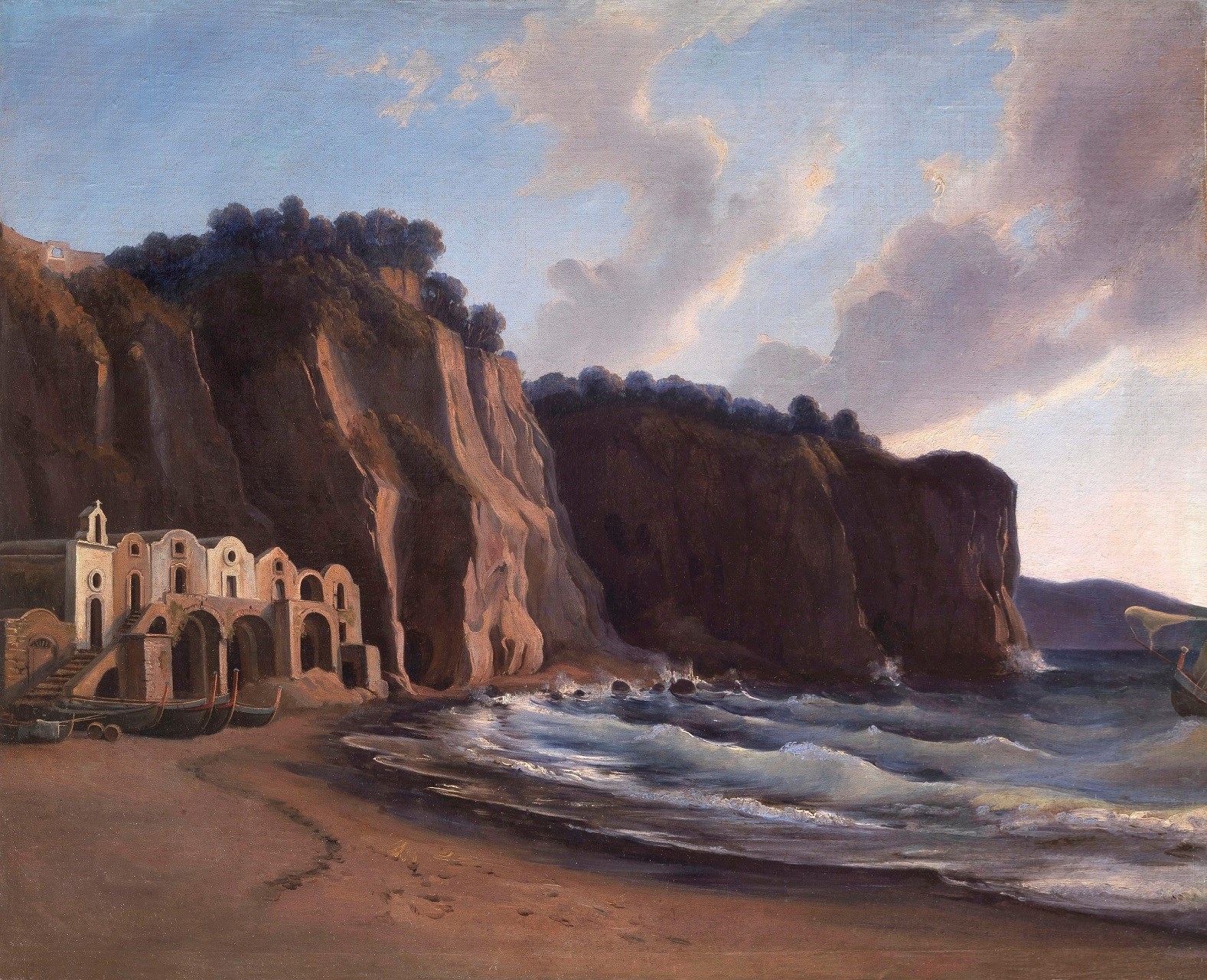 E. Hottenroth, View of the Coast at Sorrento
Oil on canvas, 50.5 x 62 cm
Description of the painting here.