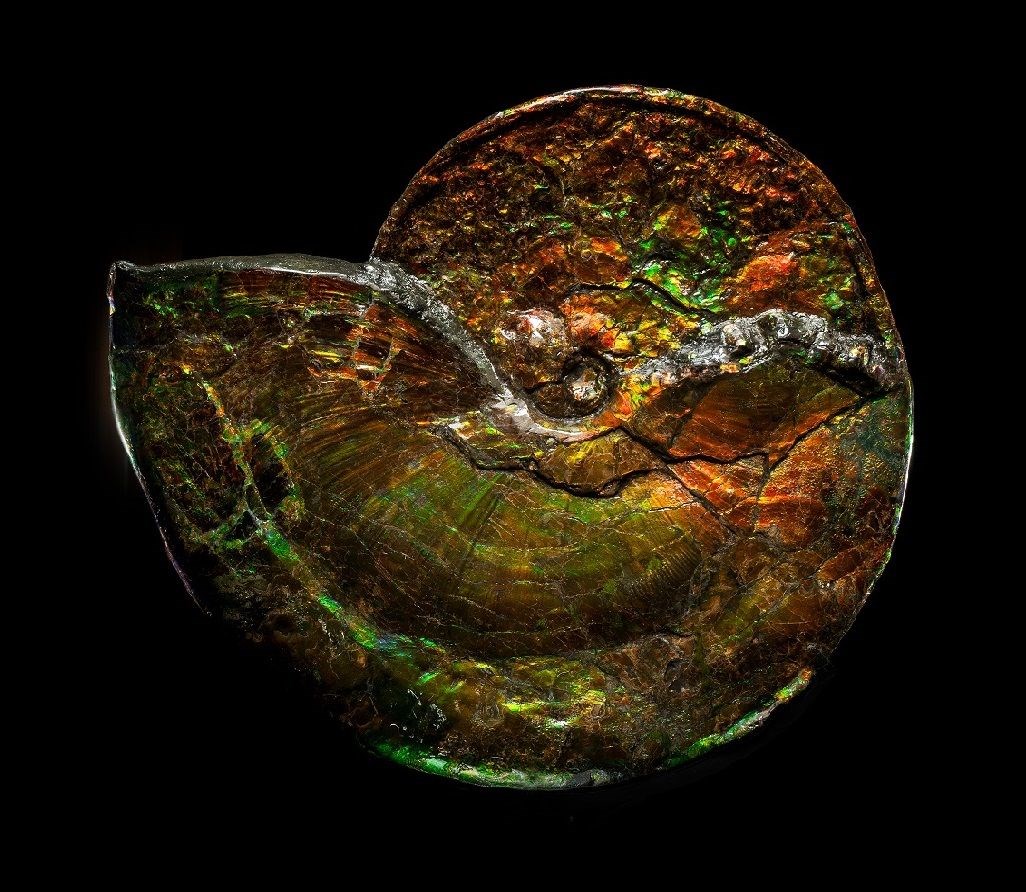 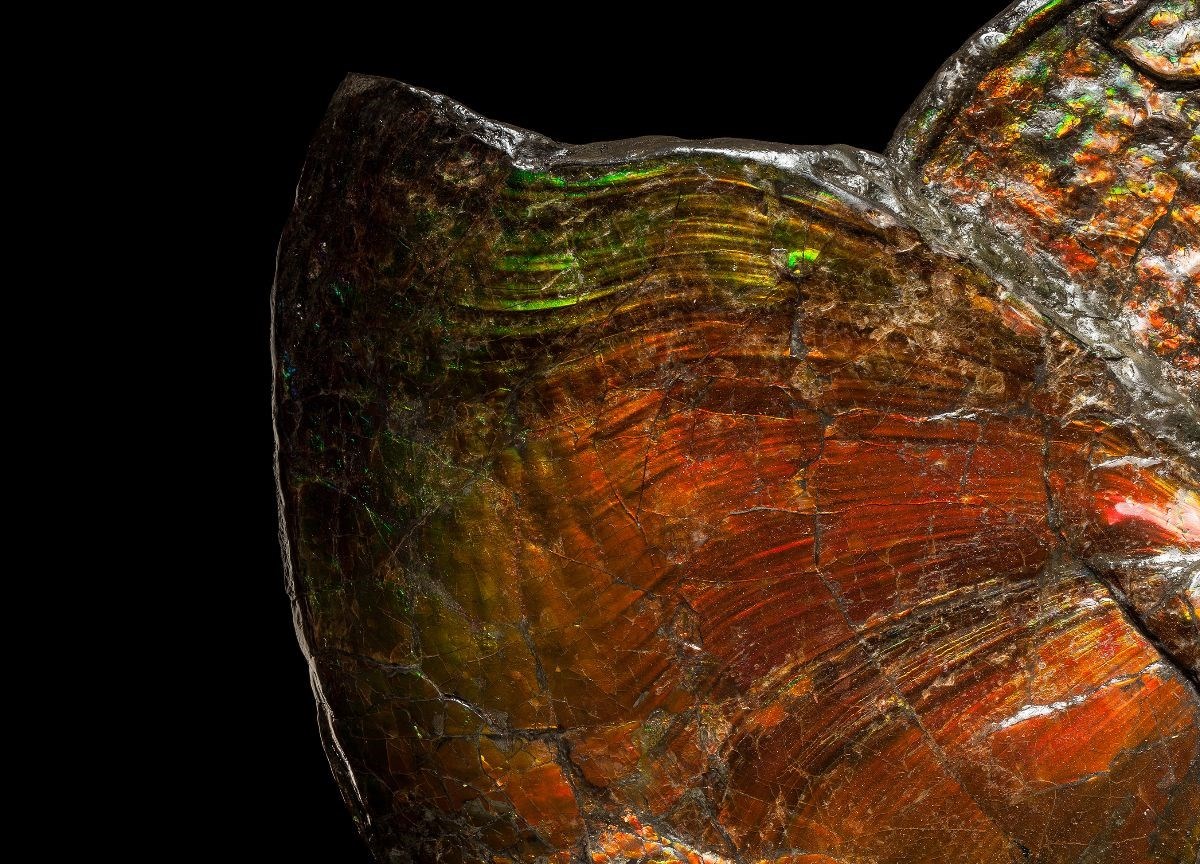 Large Iridescent Ammonite
Bearpaw Formation, Canada
Cretaceous, circa 75-72 Million years ago
Fossilised Organic Material
H:36cm W:42.5cm
Ammonite is a palaeontological term applied to a group of extinct marine cephalopods- squid-like organisms with disk-shaped coiled shells that are divided internally into chambers that were particularly abundant during the Jurassic and Cretaceous periods (about 200 to 65 million years ago). This brightly coloured ammonite, considered an organic gemstone fossil, was obtained from the Bearpaw Formation which is a geologic formation of Late Cretaceous (Campanian) age. It outcrops in the U.S. state of Montana, as well as the Canadian provinces of Alberta and Saskatchewan, and was named for the Bear Paw Mountains in Montana. These complete ammonites are amongst some of the most sought-after fossils in the world. Known for their rarity and vibrant colours finding specimens of this scale are few and far between. The opal like iridescence on the outer shell is a unique and beguiling effect caused by light interference and diffraction through lots of fossilised shell layers. Prismatic colours of red, green, blue, orange and purple reflect light from every angle, this chromatic shift transforms the fossils appearance from one position to another. This remarkable gemstone takes millions of years of compression and mineralization to form.

Provenance
Discovered in the Bearpaw formation, Alberta, Canada
Accompanied by Canadian export license and copy of original land permit agreement where this fossil was discovered.