Travelling has been one of the most important activities of mankind for centuries, be it for commerce, to conquer new territory, to expand knowledge or gain divine favours by pilgrimages.
Already during the Renaissance, luxurious drinking vessels made of exotic materials such as coconut or nautilus shell, became symbols of the exploration of distant countries and goblets in the shape of ships represent ideal illustrations of travelling.

Intensive trade relations, especially with the Far East, soon made an impact on European fashions and trends: beverages such as tea, coffee and cocoa found their way into the lives of wealthy 17th century merchants and nobles. During the Enlightenment in the 18th century the "Grand Tour" to the ancient sights of Western civilization in Italy and Greece became an important educational tool. Young aristocrats were now eager to study art, culture, history, languages and science in their original places.
Due to the somewhat hectical travel activities of sovereigns within their territory, there arose a need and necessity to always carry precious table and everyday items made of silver, gold, but also glass and porcelain with them. Even during exclusive hunting parties, an appropriate table setting was placed outside for the Déjeuner (see above). Accordingly, elaborate leather boxes and cases lined with silk or velvet were made for these objects (French: "nécessaires"), which were to protect the transported goods from damage and at the same time they together with theit contents turned into additionally splendid showpieces.

Such exclusive toilet, writing and cutlery sets or coffee, tea and chocolate services in cases often were used as luxurious gifts (e.g. as part of the bride's corbeille de mariage), which were rarely in use, the decorative ensemble rather testifying the lavish way of life of the 18th century.

In the following, we present you a selection of precious sets in their original cases and etuis, which at least will allow you to travel in your minds... 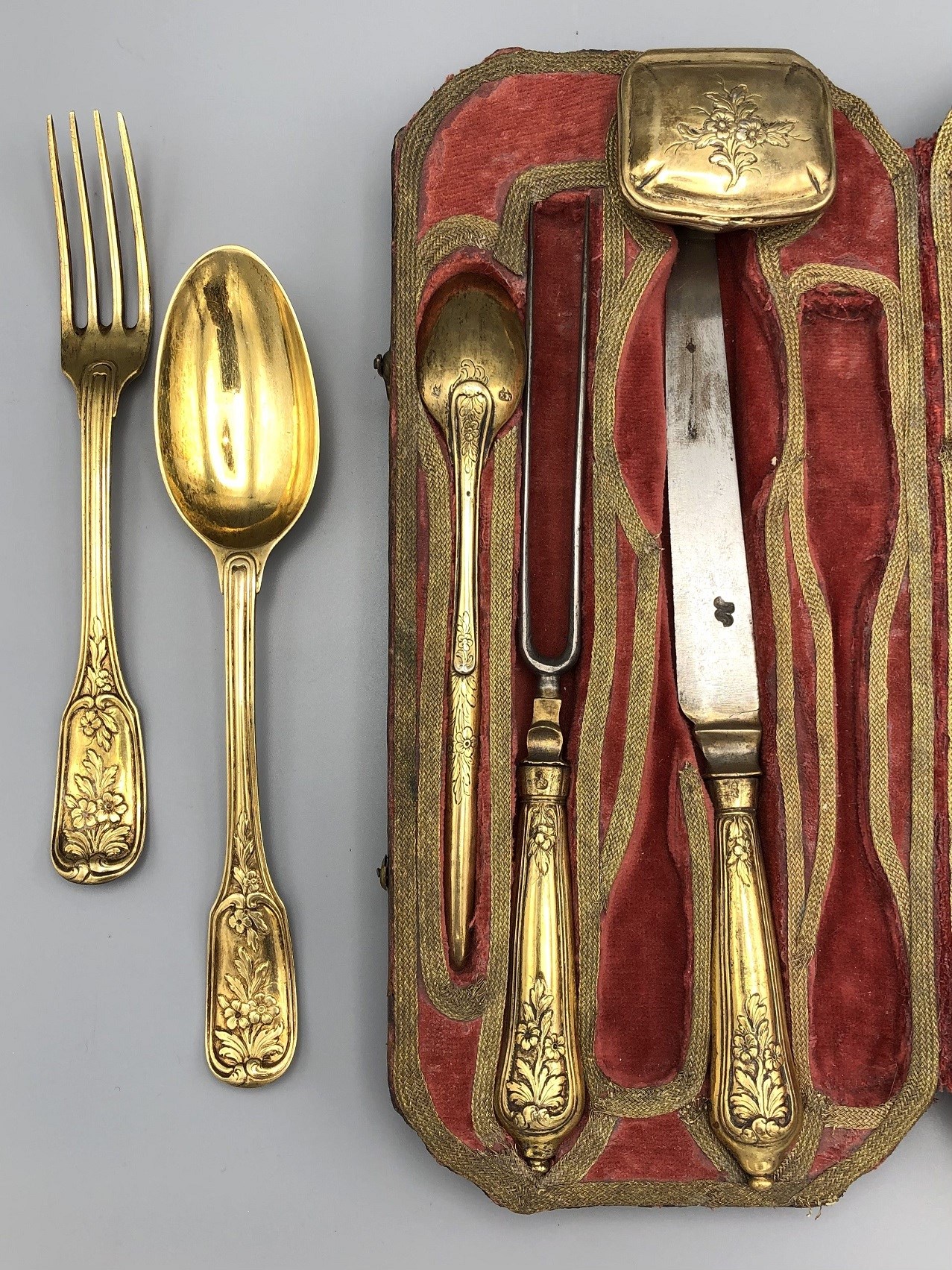 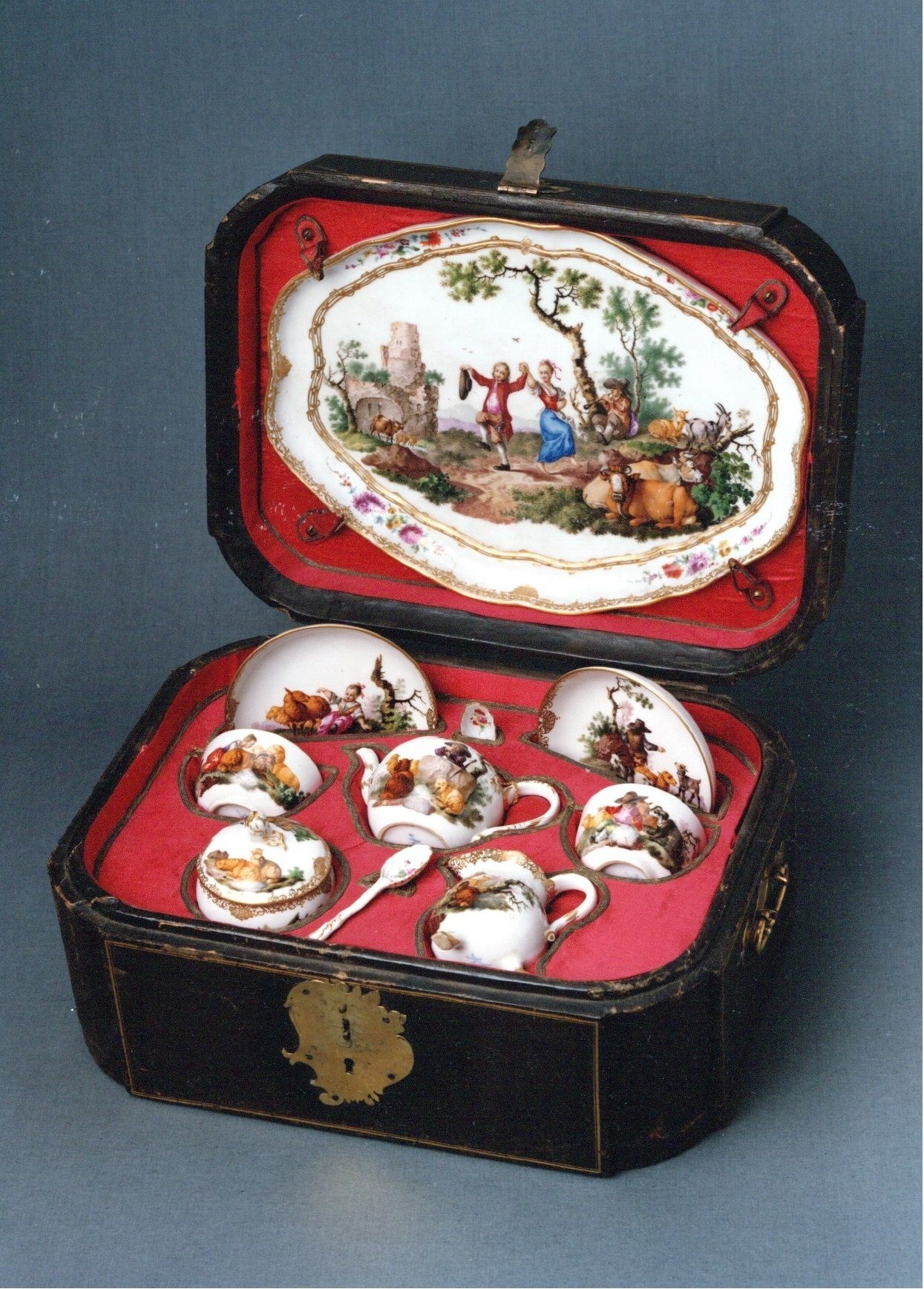 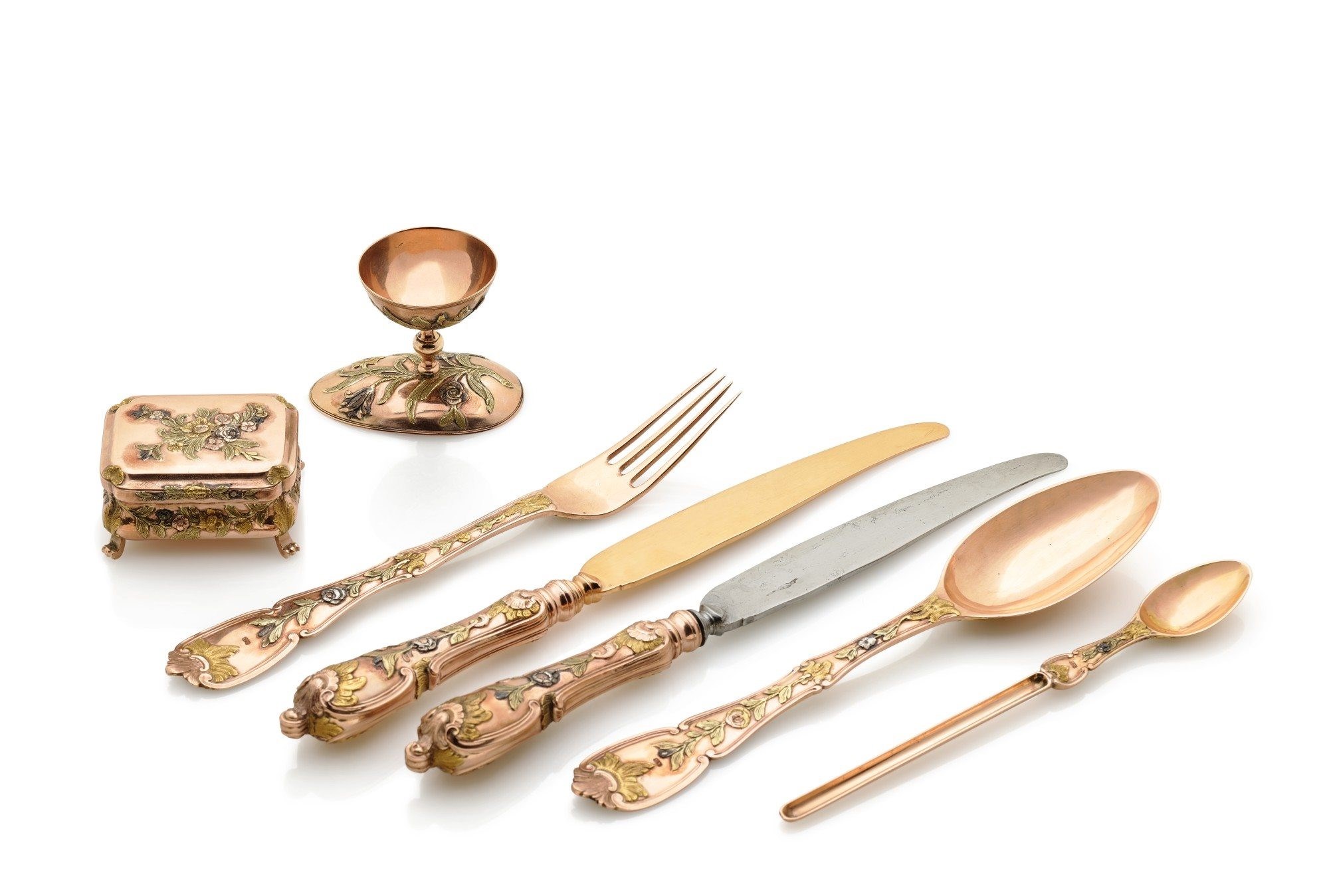 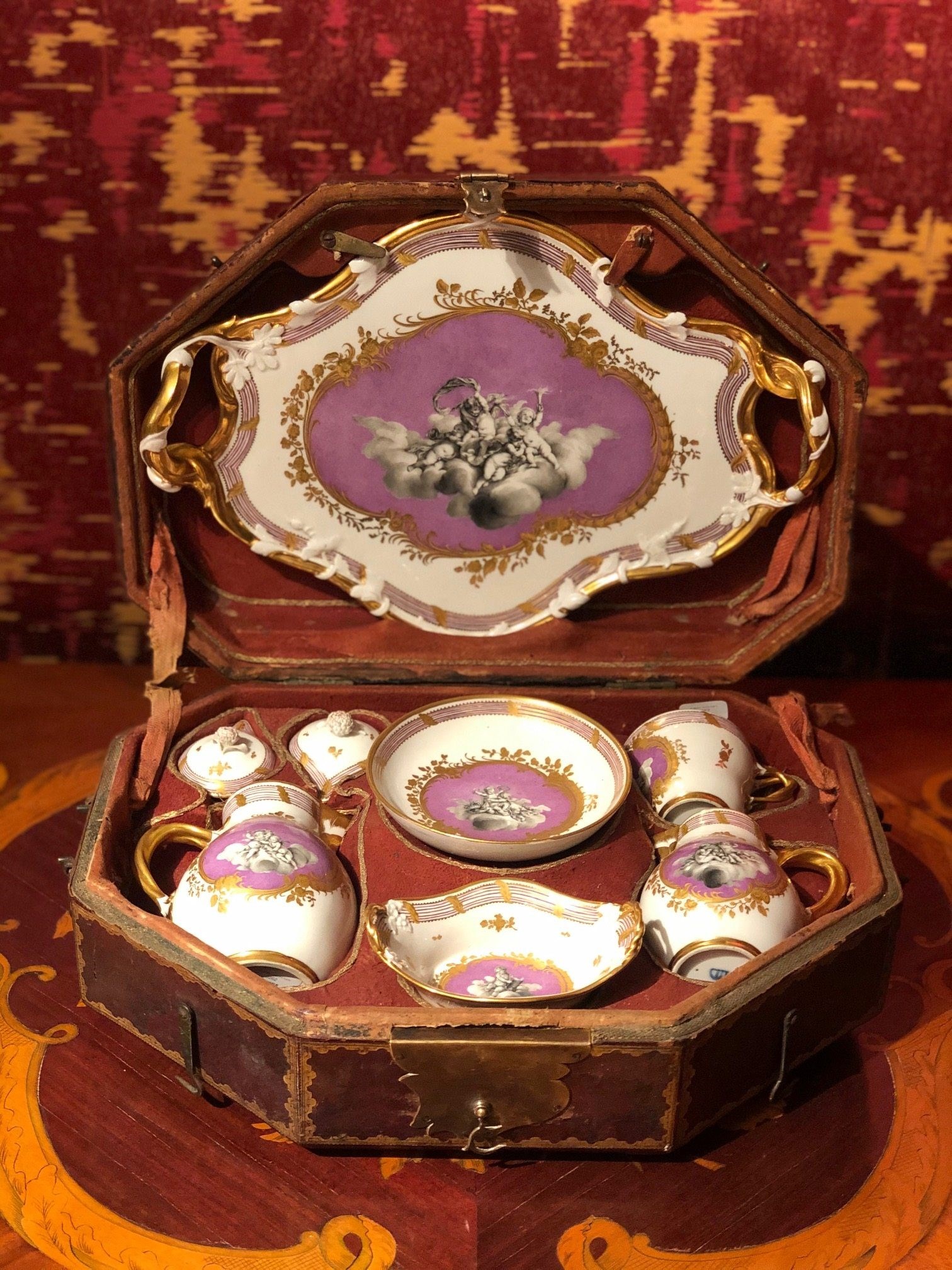 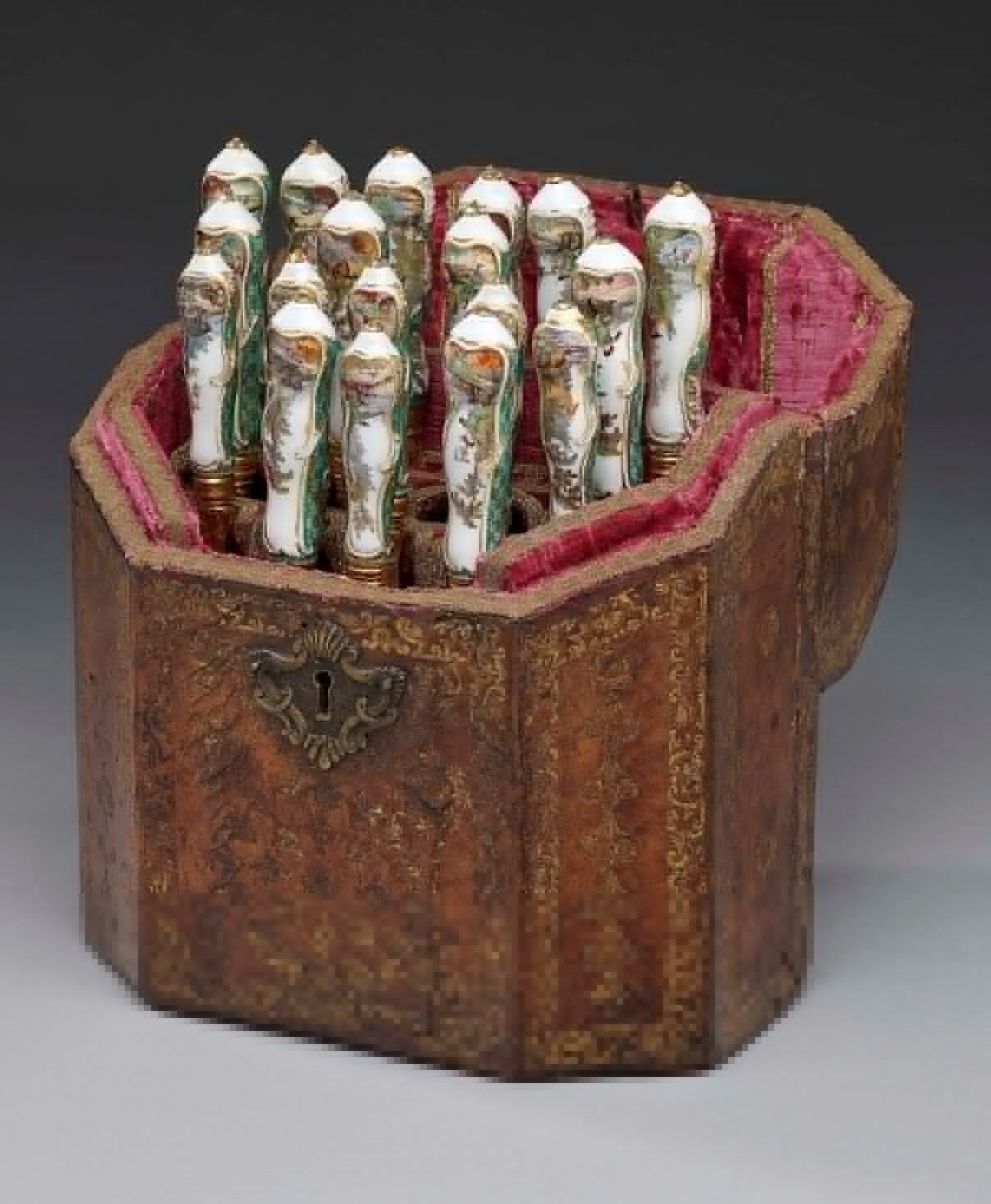