The current exhibition American Abstraction: Beatrice Mandelman + Jeffrey Wasserman highlights the paintings and collages of these two artists of the twentieth century. United in this exhibition, the bright and lyrical works of Mandelman and Wasserman convey unique forms of American abstraction. This week, we are bringing you a deeper look into the biography of Beatrice Mandelman.

Beatrice Mandelman was born in Newark, New Jersey, the daughter of Jewish immigrants from Austria and Germany. While still a child, she was introduced to art by her parents' friend Louis Lozowick, and began taking classes at the Newark School of Fine and Industrial Art. As a young woman, she studied at Rutgers University and then later at the Art Students League in New York. During the Great Depression, she worked for the Works Progress Administration, first as a muralist and then as a screenprinter. In 1942 she married the painter Louis Ribak. Two years later they moved to Taos, New Mexico, where they would live for the rest of their lives. 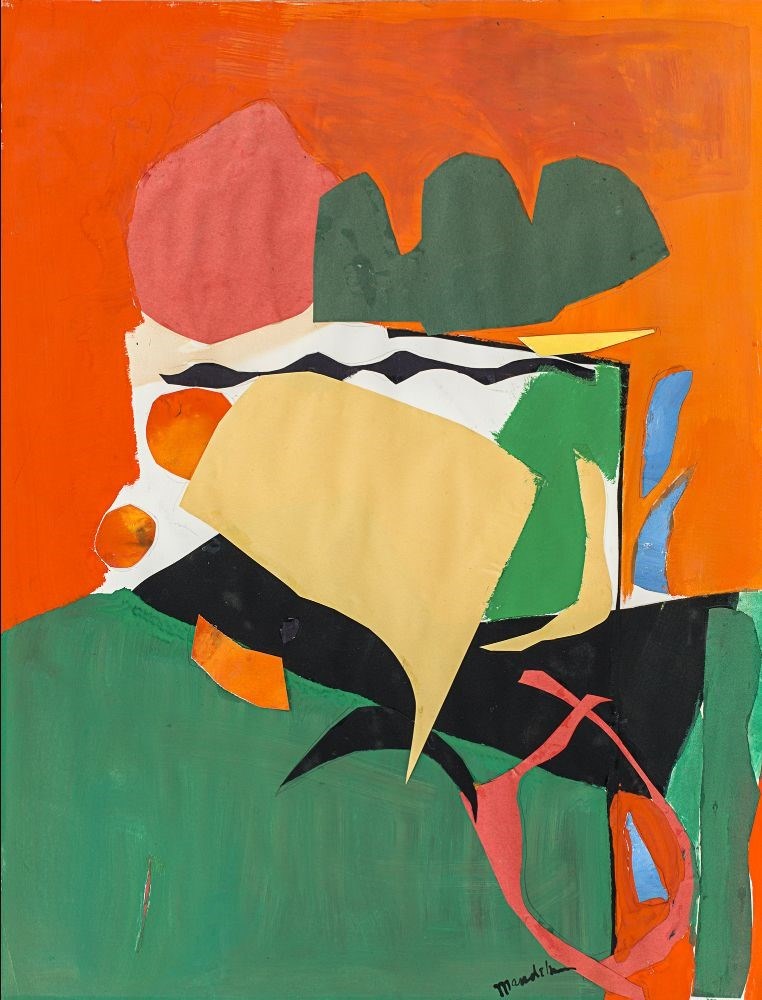 In Taos the young couple became the center of a group of artists known as the Taos Moderns, which included Emil Bisttram, Edward Corbett, Agnes Martin, Oli Sihvonen, and Clay Spohn. Mandelman and Ribak opened the Taos Valley Art School, using the income they made from teaching classes to support their art making. In 1948, Mandelman moved to Paris for a year to study under Fernand Léger, and during this time she befriended Francis Picabia. While she was in Paris, Ribak purchased a sprawling adobe house for himself and Mandelman. They created an exhibition space in their living room, which they called "Gallery Ribak." The couple organized mini-exhibitions there, including a three-person show for themselves and their friend Agnes Martin in 1955.

Click here to see more works from the exhibition or here to learn more about the work of Beatrice Mandelman.

Please email kadie@rosenbergco.com if you would like to schedule a private viewing.