The painting represents a Moroccan fantasia by foot which was quite rare since most fantasias were on horseback where the horses would race from one side to the other of the square.

Here, they are replaced with ceremonial rifles where the rifles are shot while dancing in a circle. 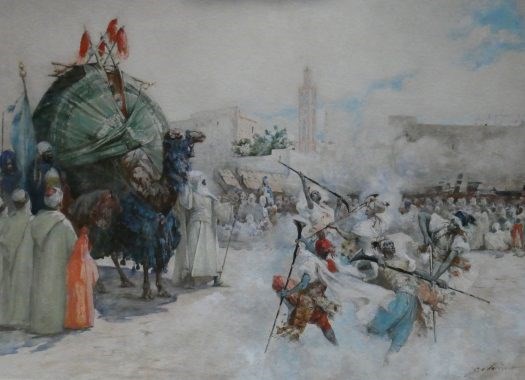 Clairin visited Spain and Morocco with Henri Regnault. He was awarded a silver medal in 1889 and was appointed Officier in the Légion d’Honneur in 1897.

He exhibited in Paris from 1901 onwards.