MARUANI MERCIER is honoured to present this unprecedented exhibition that celebrates the extraordinary collaboration and friendship between Man Ray and his gallerist Marcel Zerbib, which began when they met in 1951.

With the collaboration of Marcel Zerbib’s estate, this exhibition pays tribute to the prolific gallery owner 40 years after his death. For the first time, the unique Surrealist sculptures by Man Ray featured in the historical catalogue Objets de mon affection from 1968 are exhibited together. Man Ray developed the concept for these objects back in the 1920s, and it was Marcel Zerbib’s initiative to turn them into editions in the 1960s. As the title of the catalogue implies, these rare ready-mades and assemblages were particularly precious to the artist, and he counted them among his favourites. 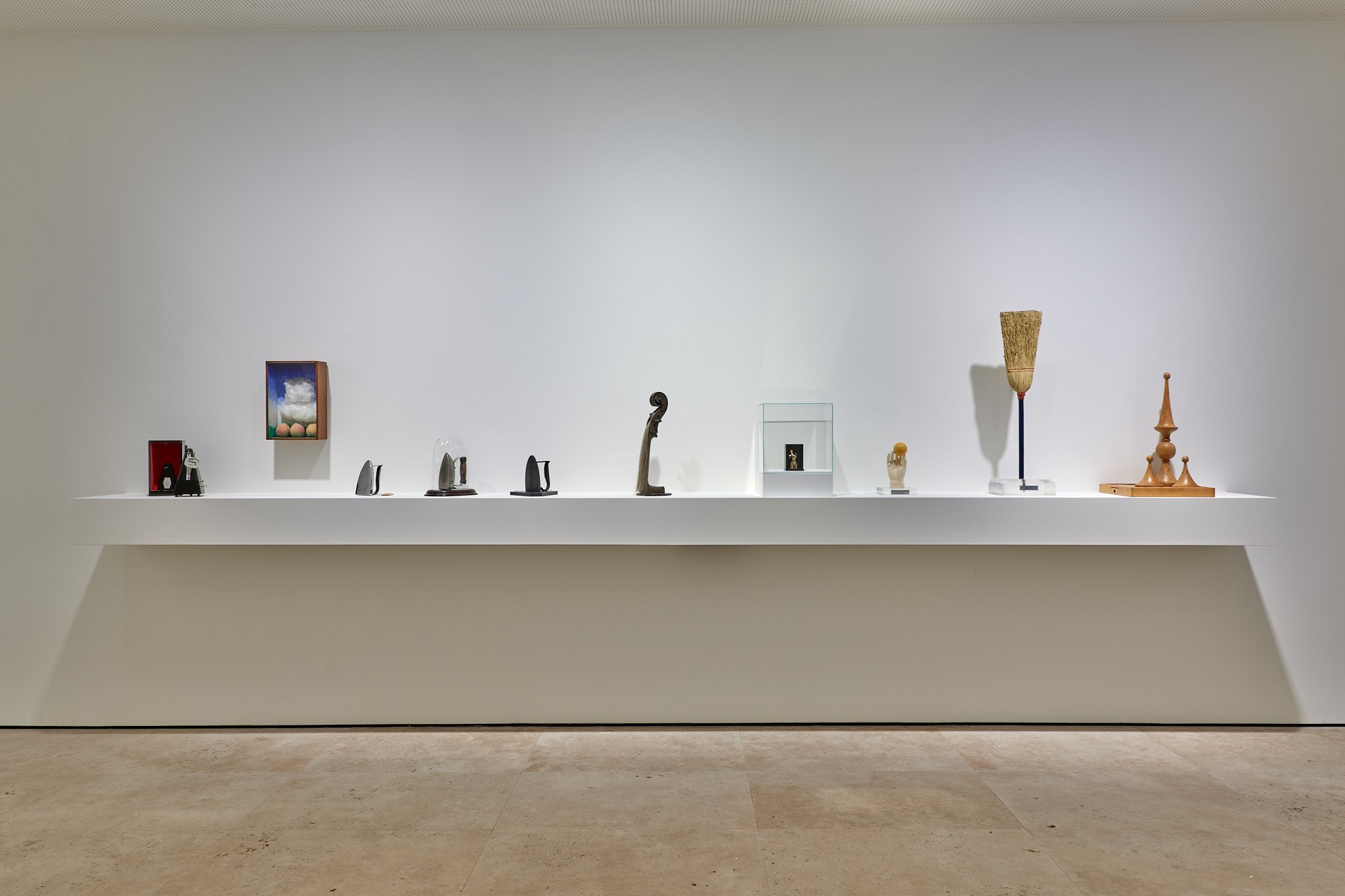 The exhibition includes further museum quality artworks by Man Ray, including an iconic example of assemblage entitled Obstruction (1920) It was created before the Arturo Schwarz edition, which is on permanent display at the Metropolitan Museum of Art. Other remarkable works displayed at the gallery include Abat-Jour (1919/1964) and Indestructible Object (1923/1965) published by Edition MAT, a groundbreaking project by the artist Daniel Spoerri to produce works by avant-garde artists in series. At the time, Man Ray’s humorous art was an entirely new concept for the art world, and thrived under the support of his patrons.

Man Ray was a significant influence for burgeoning Surrealists, including Marcel Mariën. Exhibited for the first time at MARUANI MERCIER, Mariën was the youngest of the Belgian Surrealists and played an important role as the author of one of the first works devoted to the movement, L'activité surréaliste en Belgique (1979). Mariën’s L'oeil d’Othello (1971) in this exhibition demonstrates the affinity between the two artists, who both had a preference for using everyday objects and symbols in their work. This sculpture of an upright hand with its index finger outstretched and pointing upwards, rendered in a deep shiny black, echoes Man Ray’s Puériculture II (Rêve, January 1920), an edition he produced with none other than Marcel Zerbib. FROM MAN RAY TO MARIEN emphasises the similarities and differences between these two pivotal artists and is a fitting testimonial to the avant-garde movement.