Brun Fine Art is pleased to present the new online exhibition Corrado Cagli: Mutations.
The exhibition is part of the series of exhibitions 'Perspectives'.

Corrado Cagli: Mutations is the first in a tightly focused series titled “Perspectives”, the aim of which is to take a close look at some of the themes and techniques that characterised, for a certain period, the production of artists that have already been represented by Brun Fine Art in the past. 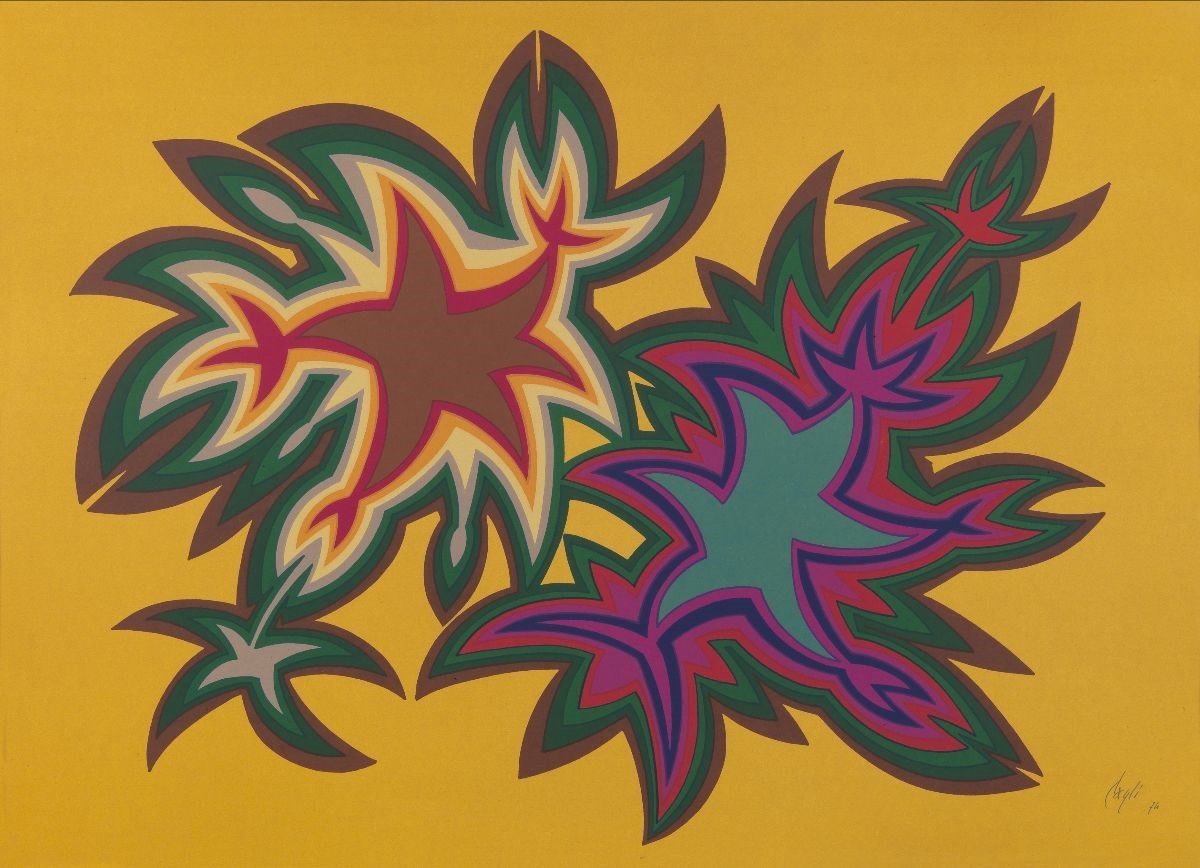 Corrado Cagli, Curve iperboliche a un centro, 1974, signed lower right, 'Cagli, 74', acrylic on canvas backed paper, 70 x 100 cm
In 2018, the Corrado Cagli: from Rome to New York exhibition brought the works of this international artist to London for the first time since 1944. Corrado Cagli (Ancona, 1910–Rome, 1976), a cultured and sophisticated experimenter who considered himself tangent to the artistic path of Paul Klee, won scores of accolades during his lifetime, in Italy and abroad, especially Paris and the United States. Between 1947 and 1971, his work was displayed at MoMA New York and in 1946 he received the prestigious Guggenheim Fellowship for the Fine Arts.

Modular Mutations
Among the series investigated by Cagli, we find the modular mutations: one-offs on canvas or paper with canvas backing for which he drew on and exploited the expressive possibilities offered by technology, in a move signalling liberation from traditional painting techniques. He worked on this series with the artist Nuvolo (1926–2008), a talented collaborator of Alberto Burri (1915–1995) and leading innovator in Italy in the area of advanced creative graphic experimentation. Indeed, the unique paintings made using a silk screen frame, described by the unforgettable Emilio Villa as serotipie, were developed thanks to Nuvolo. 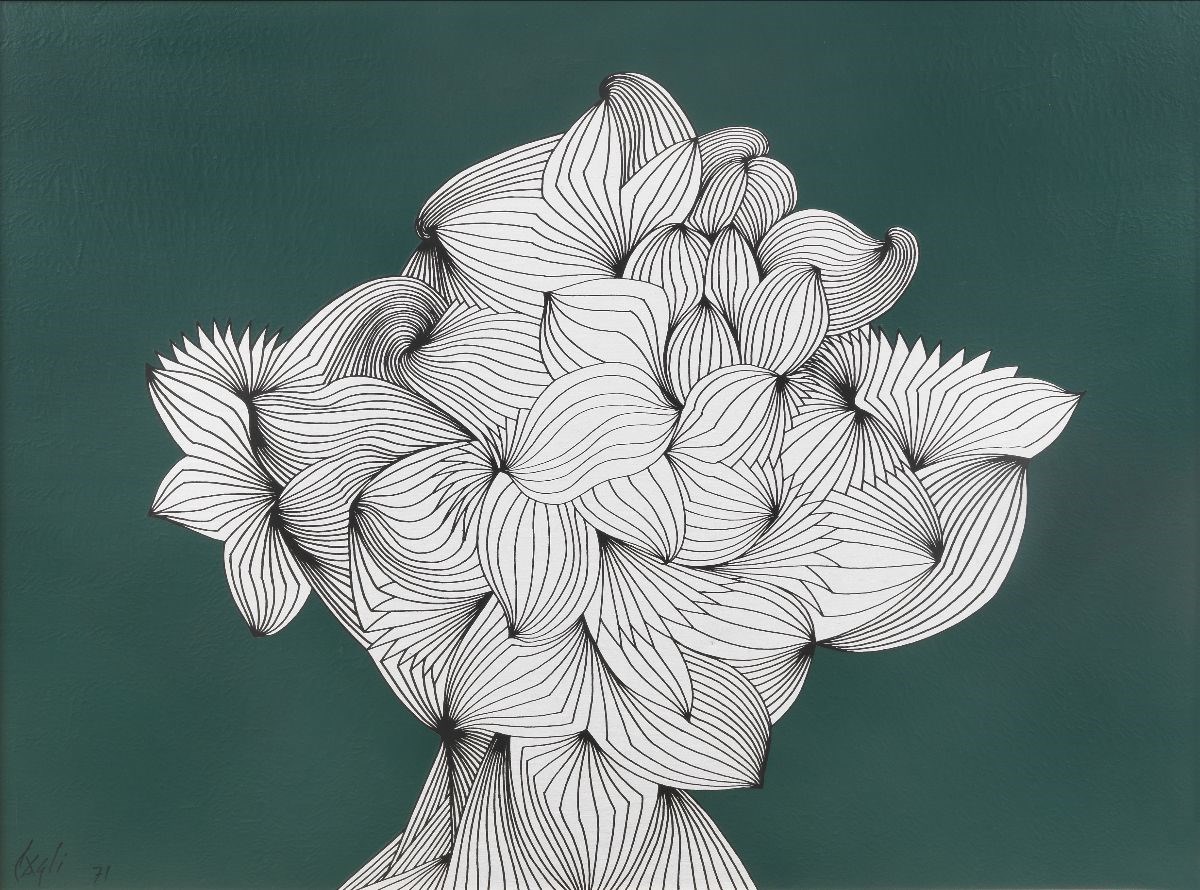 Corrado Cagli, Fruttiera Chez-eux, 1971, signed and dated lower left 'Cagli, 71', scrylic on canvas, 115 x 150 cm
Looking at the modular mutations, we see how Cagli reintroduced the distance between sign and gesture. As rightly observed by Enrico Crispolti, Cagli’s automatism was “realised in the promotion of the sign-ductus, not gesture, as had instead been the case for the extreme automatism of the Surrealist tradition, which was rooted in non-representational gesturalism.”

Sign that intertwines in labyrinths, twists to form small black holes, arranges itself to create undulations, structures itself like origami, becomes tentacular moving from small single-cell circles in complex shapes, expands to conquer the space of the canvas, becomes slow, unstoppable, hypnotic motion. But it is always sign that plots, that doesn’t exhaust itself like gesture in an emotional burst. And as such, it moves towards the Jungian archetypes of the never forgotten research from the American period. The different chromatic solutions of the reintroduced sign formulation amplify the force of the sign, which thus gets carried away in the multiplications of the masterful chromatic progression. What’s behind it is the capacity of a Cagli in knowing how to analytically compose and take apart the images. What’s there is his way of looking freely at the world and art without useless preconceptions, of knowing how to do research with authentic vibrant passion and without ever getting caged in the often-suffocating enclosures of the art world, where he instead always roamed far and wide. 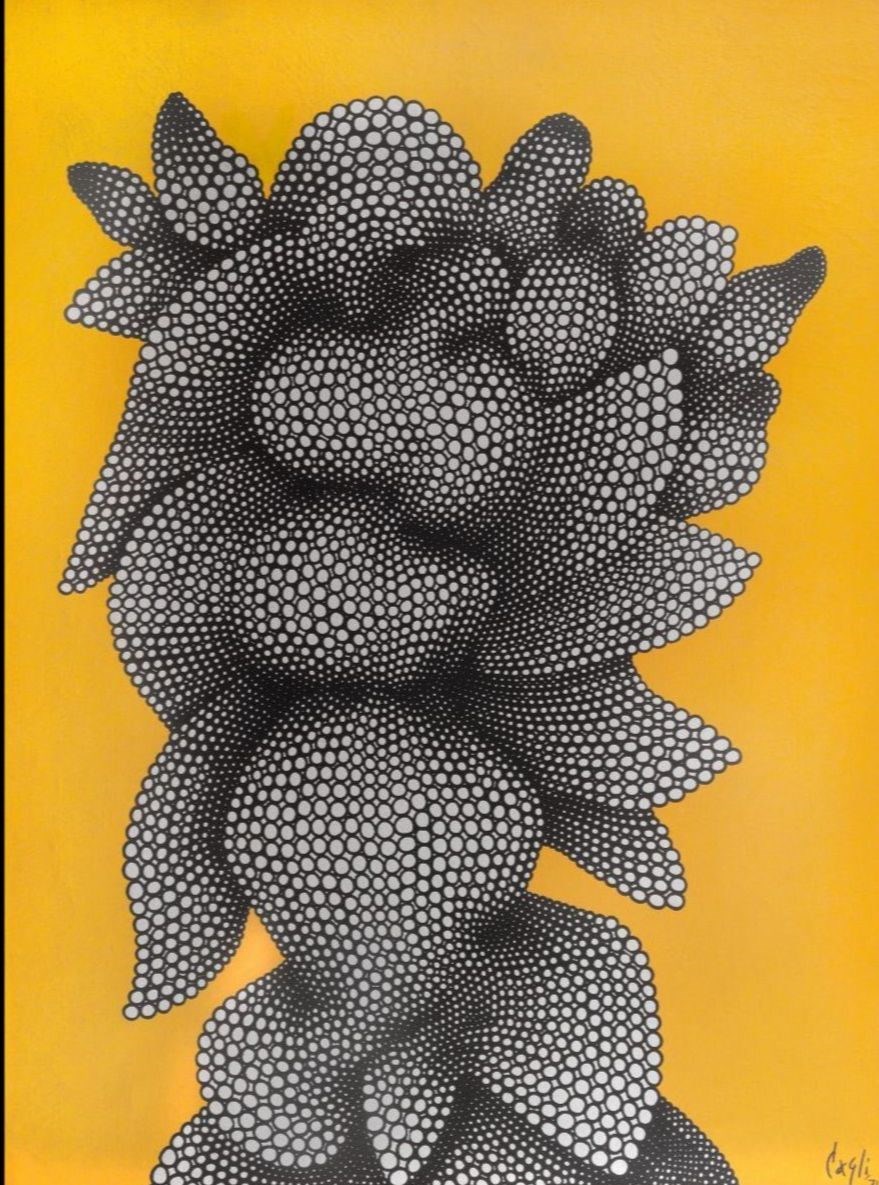 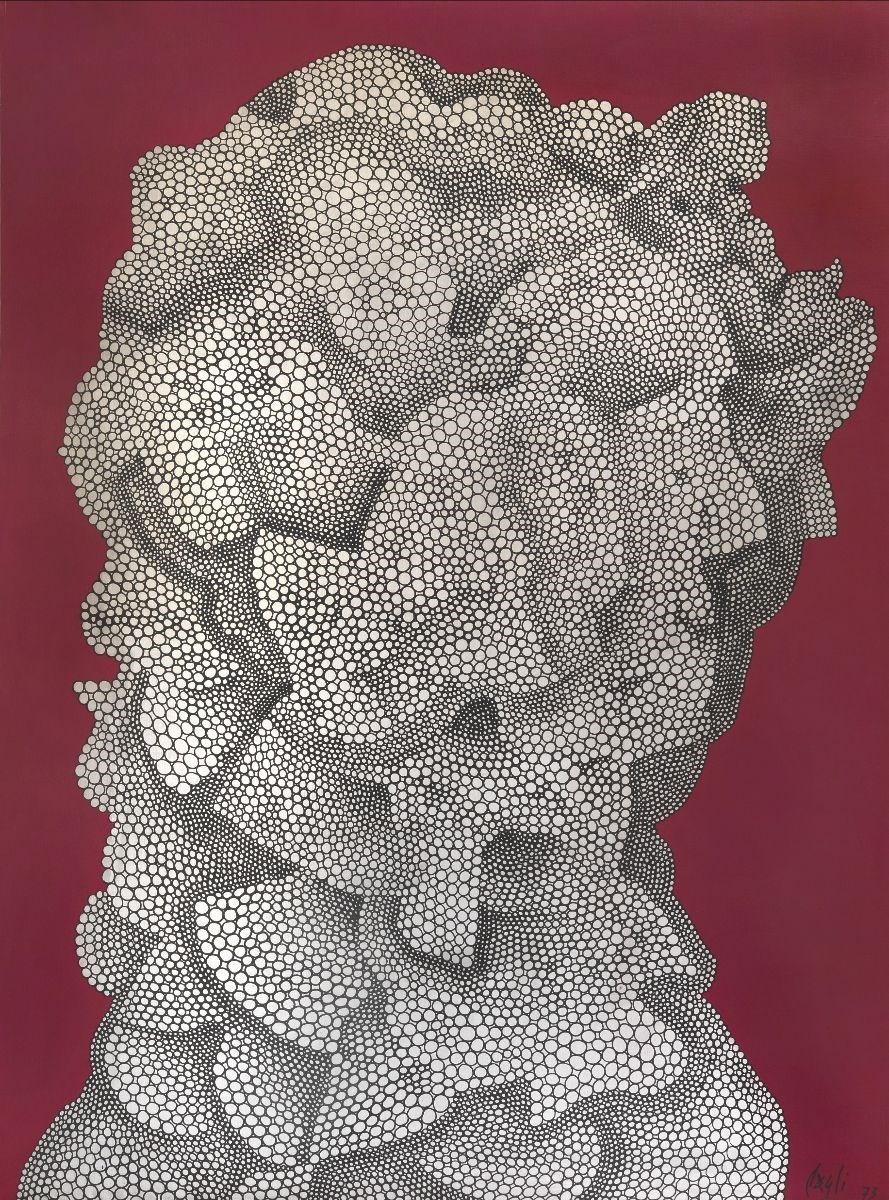 Left: Corrado Cagli, Buglione, 1971, signed and dated on the lower right 'Cagli 71', acrylic on canvas, 200 x 150 cm
Right: Corrado Cagli, Pale, 1973, signed and dated lower left 'Cagli, 73', acrylic on canvas, 200 x 150 cm
Via the online viewing room visitors are invited to read more about the artist and the exhibition, to walk through the virtual exhibition space and to browse the artworks on show. To visit the Viewing Room please click here.