Post-constructivism or the origins of Soviet Art Deco 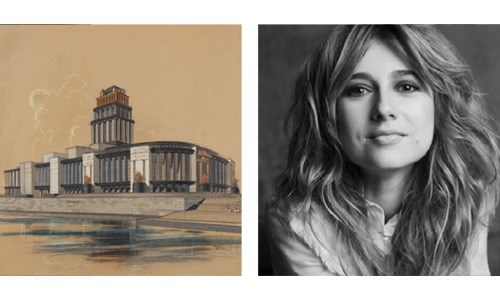 By Kristina Krasnyanskaya, Curator, Head of the Thessaloniki State Museum of Contemporary Art Trustees Board, corresponding member of the International Academy of Culture and Art, Heritage Gallery founder and owner

The period associated with Soviet Art Deco is relatively short: 1932-1937. The style originated through the exchange of ideas with the West (especially France and the United States) and it was shaped by Russian avant-garde influences. Soviet Art Deco combined constructivist architectural ideas with the decorative approach of the future Soviet Empire style, while differing from both trends. The style not only left a unique architectural heritage, it was also reflected in interior design, fashion and furniture design and was taken up by renowned architects and artists such as B. Iofan, A. Rodchenko, A. Schusev, A. Dushkin, K. Melnikov, I. Golosov, B. Smirnov, A. Deyneka and A. Damsky.

Language: Russian with simultaneous translation in English
Alexey Schusev - project of Palace of the Soviets