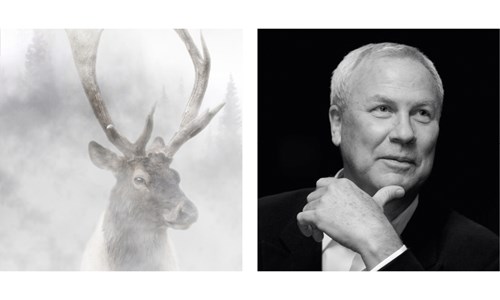 During this talk, Robert Wilson will share his experiences in theatre and the visual arts. Born in Waco, Texas, Wilson is one of the world’s foremost theatre and visual artists. His works for the stage are unconventional, integrating a wide variety of artistic media, including dance, movement, light, sculpture, music and text. Aesthetically striking and emotionally charged, his images and productions have been acclaimed by audiences and critics worldwide. Having been educated at the University of Texas and Brooklyn’s Pratt Institute, Wilson founded the New York-based performance collective ‘The Byrd Hoffman School of Byrds’ in the mid-1960s, and developed his first signature works, including Deafman Glance (1970) and A Letter for Queen Victoria (1974-1975). He wrote the seminal opera Einstein on the Beach (1976) with Philip Glass.
Talk presented in partnership with the BERNIER/ELIADES Gallery in Brussels.